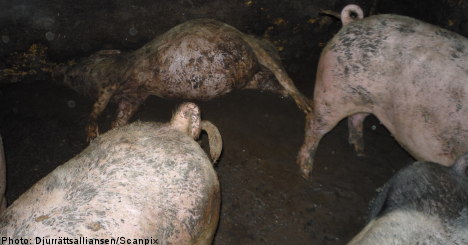 “I realize that in the current climate I can not carry out my responsibilities. I will continue to fight so that Swedish farmers should have the right to manage their farms and look after their animals, but the pressure is just too much at the moment,” Hultström said in a press release.

“We will continue to supply the fine pigs that we have always done and we will continue to work on the farm. I am of course opposed to all neglect of animals – it is quite simply unacceptable. I can also understand the reactions to the film and pictures that have emerged, they have damaged the whole farming sector,” he continued.

Sweden’s agriculture minister Eskil Erlandsson has, together with the Swedish Board of Agriculture, invited the main pig farming organizations for talks over the scandal in Jönköping in southern Sweden on Monday.

“I presume that the organisations can demonstrate and ensure that they follow the strict Swedish legislation. I also presume that the goodwill lost can be recovered, even if it will be a long uphill struggle,” Erlandsson said.

The scandal broke last week after the publishing of filmed material by animal rights group, The Animal Rights Alliance, which had visited several hundred farms across Sweden over the course of two years.

The film footage depicted widespread neglect of the animals and the group has reported more than 90 pig farmers to the police for violating Swedish animal protection laws.

Malin Gustafsson at The Animal Rights Alliance has welcomed Hultström’s decision to resign.

“He is right to go. We have documented one of his farms several times and it has shown a series of very severe failings that we have reported to the police,” she told the TT news agency.

“It is one of the leading representatives within the Swedish pig farming industry who is treating the animals in this way,” she added.

While Eskil Erlandsson was on Saturday unwilling to comment on Hultstöm’s resignation, he praised the exposure of the situation by the group. 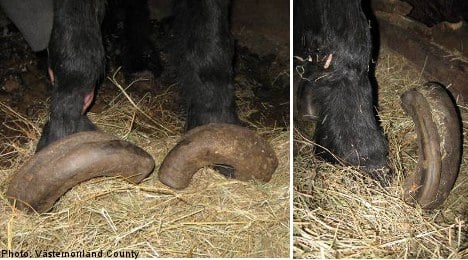 “It’s absolutely terrible. Just awful. The inspector who made the discovery was left in a state of shock,” Helena Ahlqvist, head veterinarian in Västernorrland County, told The Local.

“The case is unprecedented. No veterinarian has ever seen anything like it before. There’s nothing like it described in any of the literature. It’s a case of the most severe animal cruelty.”

According to Ahlqvist, the horse, named Charlie, was immediately put down following the discovery in late November 2011 on a farm near Sollefteå.

The veterinary reports state that Charlie was 27 years old, could no longer walk, and had not had his hooves tended to in years.

“When I stroked my hand over Charlie’s shoulders I could feel that he was only skin and bones,” wrote the veterinary head, Anders Paulsson, in his report.

“It can’t be ruled out that he could no longer lie down and stand up.”

The report asserts that Charlie stood in his small stable all day, unable to move around at all, suffering from “severe physical and psychological pain”.

As horses are pack animals, the fact that the horse stood alone in a cramped stall resulted in complete indifference to the veterinarian’s voice, an indicator of deep suffering, according to the report.

Charlie was one of five horses referenced in the report and all five were found to have suffered from various levels of neglect and had to be be put down.

The owner has now been reported to police and may face charges of animal cruelty and violation of the animal welfare act according to the county administrative board. 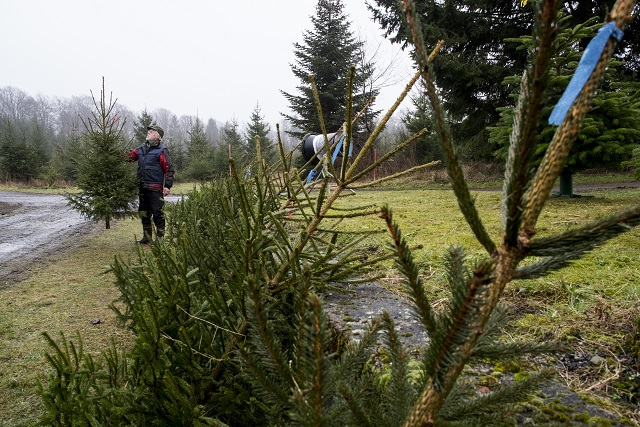