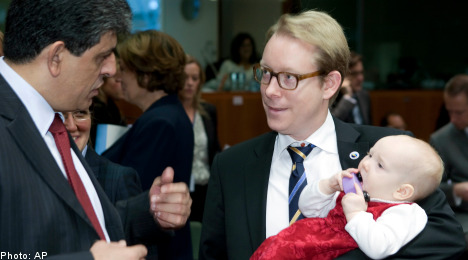 Eight-month old Tone was smuggled into the meeting in her father’s arms at the start of talks in Brussels on asylum rights and the battle against human trafficking.

Her appearance brought a tender touch to the meeting and elicited smiles from Billström’s European counterparts.

She was also a big hit when they first alighted from the official car and her proud father spoke to waiting reporters, even stealing some of his thunder.

“You’re supposed to be looking at me,” the 35-year-old minister complained as he arrived with his wife and child.

“Mr. Billström wanted to spend a bit more time with his family,” a Swedish spokesman explained.

“They travelled to Brussels at their own expense,” he assured reporters.

Billström presided over the EU talks as his country holds the bloc’s rotating presidency. 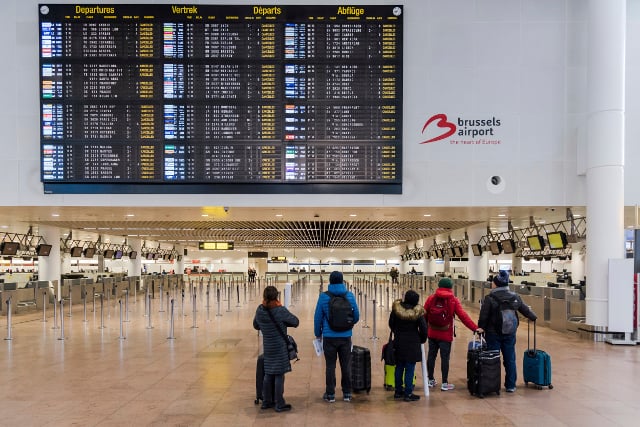 FLIGHTS
All flights from Sweden to Brussels are cancelled today

STRASBOURG
‘The EU should not allow the symbol of peace in Europe to become a symbol of waste’
Url copied to clipboard!