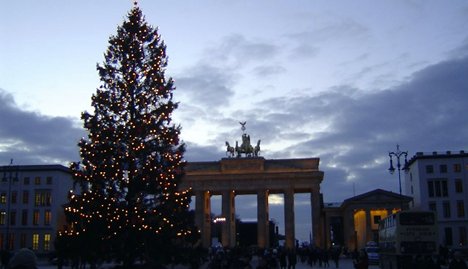 Berlin lies in northeast Germany, only a short distance from the Polish border.

On November 9th, Berlin marked exactly twenty years since the fall of wall that for decades divided the eastern and western parts of the city, and came to symbolise the division of Europe. Since 1989, Berlin has once again been radically transformed and grown to become both one of the biggest tourist destinations in Europe and one of the coolest cities in the world.

Few places in the western world have endured the change and upheaval of Berlin. Over the past century the city has been the capital of one of history’s cruellest regimes, decimated by Allied bombing during the Second World War, ravaged by Soviet troops, literally torn in half by opposing Cold War superpowers, before once again being reunited and reinstated as the capital of Germany. This turbulent history has left a city so rich in history that it is practically a living museum, while possessing a youthful vibrant culture and a unique mixture of architecture.

When the Berlin Wall was torn down, the derelict and undeveloped East presented contemporary architects with a virtual blank canvas, with many sites remaining undeveloped by a Communist regime lacking resources. Consequently the city hosts some of the most audacious and cutting edge designs in modern architecture. I.M. Pei (Deutsches Historisches Museum), Daniel Libeskind (Jüdisches Museum) and Frank Gehry (DZ Bank building) are just some of the more notable names of many world-renowned architects who have left their mark in recent times.

Whole new districts have been created while others have been restored. Potsdamer Platz and Pariser Platz, both previously dismembered by the wall, have since been allowed to return to their past glories. The former, once one of the busiest squares in Europe, is now a futuristic centre of corporate skyscrapers while the latter is once again one of the most exclusive addresses in Europe. The Reichstag, which incorporates the original parliament building with a new modern glass dome, is the centrepiece of the ultra-modern government and embassy district.

But developers and architects weren’t the only ones to find new opportunities in the newly opened up East. As the East German government wilted away, government property suddenly became ownerless and young activists and artists took full advantage of the ensuing chaos by forming squats and collectives. The sense of impending change and revolution attracted the idealistic and creative from all over the world, thus laying the seeds for Berlin’s famed youth culture. Many squatters have since been evicted by developers and, as many young Berliners will tell you, the city’s underground has become increasingly commercialised. Yet the aura of freedom hasn’t completely died and Berlin still remains one of the edgiest cities in the world.

Although amongst all this change many remnants of the recent and not so recent past remain. From fascism to rampant free-market capitalism via communism, every regime has left their mark.

One of the most eerie sights you’ll encounter in Berlin is of old bomb craters left over from the Second World War. The cash-strapped Communists could never afford to completely rebuild after WWII, and despite the influx of funds since 1990 the task of rebuilding continues. Some buildings still bear bullet holes from the fierce fighting that took place in the closing days of the war.

Some examples of Nazi-era architecture remain, while evidence of the communist era can be seen everywhere, from the unique hat-wearing green and red men at pedestrian traffic lights, to the mass-produced apartments on Karl-Mark Allee. While most of the Berlin Wall was eagerly ripped apart, a few sections remain. Berlin also needs to be applauded for its efforts to commemorate some of the tragic events that have dotted its history. The grey concrete blocks of the Memorial to the Murdered Jews of Europe is simple but effective, while the empty bookshelves where Nazi book burning took place is thought provoking.

Berlin has an incredible range of museums and galleries. A good starting point is the new Deutsches Historisches Musuem, which provides a thorough and comprehensive history of the entire German nation. From here, one can specialise and find a museum dedicated any specific facet of German history and culture. The city boasts over 170 different museums and galleries and if that wasn’t enough the UNESCO World Heritage Site Museumsinel (Museum Island) houses a collection of classical art and ancient historical artefacts that is comparable to anything in London or Paris.

Berlin has plenty going on for those visiting over Christmas. No Yuletide trip to Germany would be complete without a trip to a Christmas market – check out The Local’s guide here. And if you’re looking for a place to live it up over New Year, where better than Europe’s party capital?

Berlin has so much to offer and is changing so quickly that not only could you spend close to a year trying to experience it all, but once that year was up Berlin would probably have changed again.

Heart of Gold Hostel– Quirky centrally located hostel designed with a spaceship theme and with a good bar downstairs.

SJ’s Christmas night trains between Lund/Malmö and Berlin will run between December 18th and January 1st.

For a complete timetable, please see: