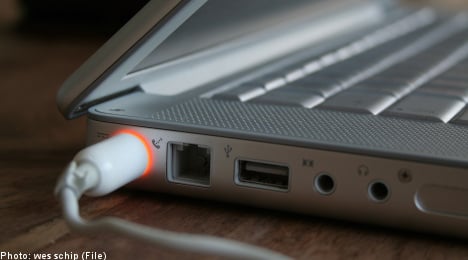 The investigation conducted by Sweden’s National Forensic Laboratory of Forensic Science (Statens kriminaltekniska laboratorium – SKL) indicates that the fire probably started in a laptop computer which in turn ignited a couch.

However, representatives from the Lund police department added at a Thursday press conference that they aren’t 100 percent certain about the theory, adding there was nothing to suggest the fire was deliberately set.

“It was simply a tragic accident,” said detective Per Wejsfelt, according to the TT news agency.

The fire, which broke out in the early hours of September 2nd, claimed the lives of a 27-year-old woman and her four children. The oldest three children were nine, seven, and five years old, while the youngest victim was only ten months old.

The mother and three of the children were found dead at the scene, while the 5-year-old was taken to hospital, but later died from her injuries.

According to Wejsfelt, the most likely scenario behind the fire was an overheating of the laptop caused by a short circuit in the computer’s battery. The computer then set fire to the couch, with flames eventually spreading up the walls to the ceiling.

“There’s no other conceivable cause for the fire. No remnants of candles, no trace of flammable liquids,” said Wejsfelt.

Damage to the house wasn’t overly extensive. All of the victims died from inhaling smoke and poisonous gases.

They were found in various parts of the house, and none of the victims were found in their beds when emergency personnel arrived on the scene.