The driver was captured on video by a passenger’s mobile phone camera as he drove about 50 passengers between Stockholm and Uppsala, the Dagens Nyheter (DN) newspaper reports.

The clip shows the driver holding a mobile phone in one hand while scribbling in notebook with the other.

A district court found the driver guilty of reckless driving, and his initial appeal was also rejected.

But on Wednesday, Sweden’s highest court reversed the lower court rulings, freeing the man of all charges.

While the court judged the driver’s behaviour as inappropriate, it argued that there is no statue forbidding him from talking on a mobile phone while driving.

In addition, driving conditions were clear, the road was straight, and there was no indication in the video clip that the driver’s control over the bus was compromised.

“He was driving on a straight and smooth road and there was almost no traffic, and besides the weather was nice. His view was good and he had both hands on the wheel almost the whole time,” Henric Ask, a lawyer from the Legal Bureau of the Swedish Trade Union Confederation who represented the driver in the case, told DN. 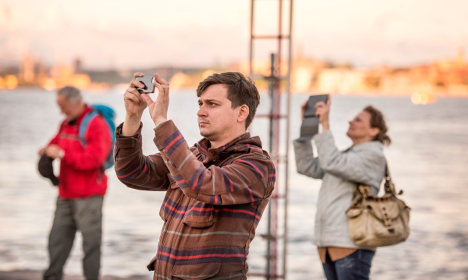 Mobile phone roaming is a hot topic in Sweden, as well as in the rest of the European Union, with holidaymakers complaining of hefty charges when they go abroad and foreign workers often forced to sign up to new domestic deals to avoid paying extra fees.

European Digital Economy Commissioner Günther Oettinger breathed new life into the long-running debate this week after he told reporters in Germany that he wanted to abolish the controversial fees within the next two years.

“From the second quarter of 2017, roaming fees in the EU will probably fall away,” he said.

Fredrick Federley, a Swedish MEP who is coordinator of the Liberal ALDE group on the industry committee and has long argued for roaming fees to be scrapped, cautiously welcomed the commissioner's comments.

“It's important that the commission pushes this issue as it's about creating opportunities for jobs and growth, but the problem is that the member states are holding back,” he told The Local on Tuesday.

Oettinger's announcement comes just over a month after the European Commission dropped plans to abolish roaming charges from 2016 after objections from telecoms companies in smaller member states.

But a new compromise had to be reached after consumers' organizations and the European Parliament protested vociferously.

“If the end of roaming comes in 2017, companies have a year longer compared with the old plans to conform to the new rules,” Oettinger said.

“And consumers will see yet more that they profit from the single market in telecoms. Roaming fees have already sunk a great deal.”

Oettinger believes that the EU must consolidate its telecoms market – pointing to the 280 companies across the union compared with four in the US.

“To become more competitive and consolidate their networks, many more companies will merge in the coming years,” he said.

“That should lead to the European telecoms industry playing a bigger role on the global stage. But competition has to be assured.”

And Swedish conservative MEP Gunnar Hökmark told The Local on Tuesday that he hoped the new deadline would set the stage for fixing the glitch in the system which means domestic carriers pay their counterparts in other countries wholesale charges for foreign mobile use by their customers.

“I hope that [by 2017] we will have laid the foundation for reasonable deals or coordination between European telecoms operators to remove extra costs between them, otherwise there's a risk that the cost is passed on to domestic calls,” he said, joining Oettinger in his calls for a pan-European telecoms market.

“The most important thing to me is structural reforms that give us coherent European networks where roaming is not needed at all. I will push such legislation to bring down the costs not just for calls but also for surfing, which is normally what is used by Swedish users.” 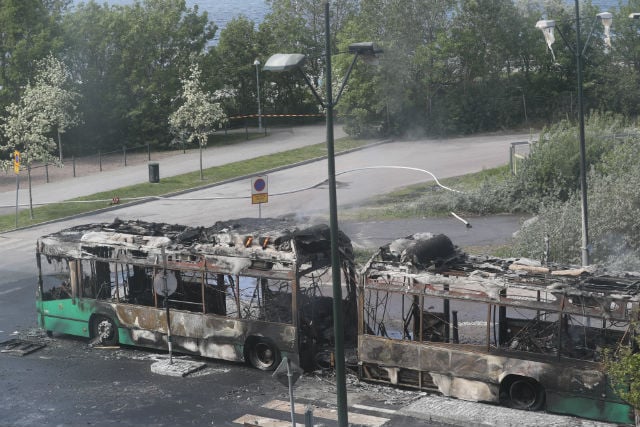 FIRE
IN PICTURES: Bus bursts into flames in Malmö 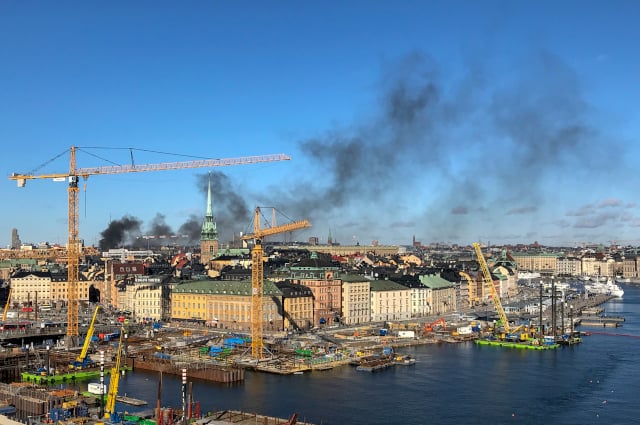