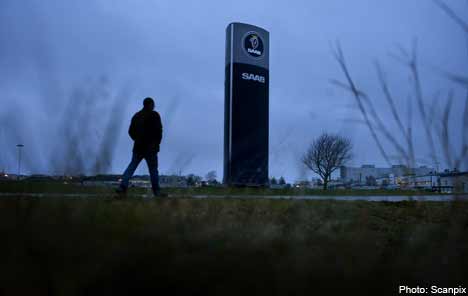 BAIC has expressed its interest in purchasing the ailing car maker Saab from General Motors, but has declined to comment in more detail.

The newspaper Ny Teknik has revealed that BAIC has already made a deal to buy the production facility of the old Saab 9-5 model. Saab has refused to comment on those reports.

Enterprise Minister, Maud Olofsson, and State Secretary at the ministry, Jöran Hägglund, have met with the EU’s Competition Commissioner, Neelie Kroes. They emphasised how important it is that the EU Commission’s current review of Saab is carried out quickly. “She said that she understood very well that it is important to get a quick decision,” Olofsson told news agency TT.

The review is being undertaken to establish that Saab was not in financial difficulty as at 1 July 2008, before the financial crisis. This is required for Saab to be entitled to state support.

The government’s main task now is to meet with various interested parties and the government will try to sell the company to Swedish interests, according to Olofsson.

On Friday all EU Enterprise Ministers met in Brussels, where they hosted various GM representatives who were to discuss GM’s plans for their European enterprise. This mostly concerns Opel and Vauvhall, which is where the biggest reductions are to be expected in most EU countries.

At the same time the chairpersons of the Metal Unions Association, Stefan Löfven and Cecilia Fahlberg, are demanding that the respective EU governments take immediate and active measures in relation to the Saab situation. They are particularly demanding a central coordinator. “The Swedish government must immediately set aside human resources which are entirely focused on supporting Saab in finding a new buyer,” they said.