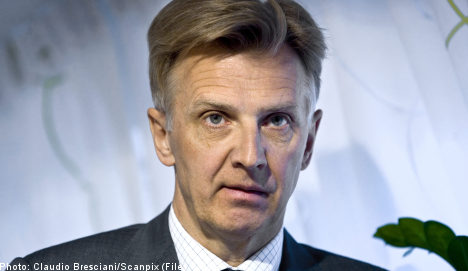 The government is set to review the laws governing Säpo’s role in determining who can be hired for government positions requiring a security clearance, the Sydsvenskan newspaper reports.

Currently, the law gives Säpo the power to stop foreign nationals and others deemed to be inappropriate for sensitive positions.

But as the Swedish labour market becomes woven ever more tightly within the larger EU labour market, Säpo believes its policies of automatically shutting foreign citizens from sensitive jobs with the Swedish state are outdated.

“This type of modernization is necessary. We do after all have free movement in Europe,” Säpo director general Anders Danielsson told the newspaper.

Previously, a cabinet decision was required before hiring a non-Swede for positions requiring a security clearance.

Säpo hopes the change will allow it to hire competent foreign staff.

Danielsson also believes that the agency will have to perform checks on an increasing number of people employed at private companies contracted to carry out vital functions within society, such as operating nuclear power plants.

“There’s pressure from public opinion here. People think that Säpo should be checking on the people who run our nuclear reactors,” he told Sydsvenskan.

He also added that it’s becoming more difficult for Säpo to define what exactly constitutes “national security” and to protect “Swedish interests” in a globalized age.

In Danielsson’s eyes, an electronic attack is currently the biggest threat facing Sweden, as such an attack could not only compromise the country internally, but also make Sweden more vulnerable to military and other external threats.