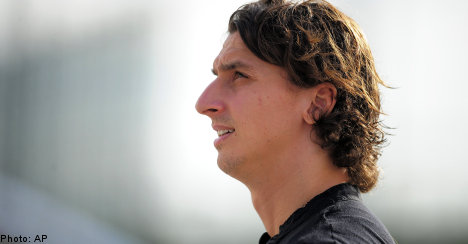 “I am not motivated,” the 28-year-old striker told a news conference after a training session when asked about his future with the Swedish national team.

“It is a huge honour to play for the squad but we should wait to see what will happen in the future. At the moment I have other things on my mind.”

Ibrahimovic, who has scored 22 goals in 62 internationals, was voted Sweden’s player of the year for the fourth straight time last month for his exploits with Inter Milan and the national team ahead of his move to Barca.

While he has dazzled for Barca and Inter Milan — he was named Italian Player of the Year in 2009 — Ibrahimovic has at times struggled to score for Sweden.

The Swedes will miss out on playing in South Africa next year after appearing in the last five major football championships: the European championships in 2000, 2004 and 2008 and the World Cups of 2002 and 2006.