The measure, which passed by a 149-140 vote, means that people who have been on long-term sick leave for 914 days or whose time-limited sickness benefits have run out will be directed to participate in a three-month training course run by the National Public Employment Agency (Arbetsförmedlingen) in order to help them find a way back into the labour market.

Palm charged that the government was promoting policies which took a tough and cynical line toward people suffering from long-term illnesses.

Around 15,000 people are expected to be affected by the changes, which come into effect on January 1st.

During debate on the bill, the opposition accused the government of stripping people of their insurance and associated compensation.

“Your policies are scary and worrying. People will commit suicide because of your policies,” charged Left Party Riksdag member LiseLotte Olsson during the debate, according to the TT news agency.

Eighteen months have passed since the Riksdag first decided to place limits for each link in the chain of Sweden’s welfare and benefits programmes, a move designed to bring as many people back into the workforce as possible.

Wednesday’s debate focused on the specifics of the final step of getting people off sickness benefits and into jobs.

Palm reminded her colleagues that at the time of the original debate, many Riksdag members warned of “dogmatic time limits”.

She brought up the fact that both the Swedish Associations of Local Authorities and Regions (SALAR) and Samhall, a state-owned company which provides jobs to people with disabilities, said the time limits were too unforgiving.

Palm provided her own explanation for why the government didn’t realize the changes would be problematic for people on long-term sick leave.

“It’s because they believed in the stereotype that people are prone to a little bit of cheating. But now it’s been shown that those who are on sick leave are in fact sick,” she said.

“Take a step back, think about it, do it again and do it right.”

Meanwhile, social insurance minister Cristina Husmark Pehrsson of the Moderate Party didn’t rule out other amendments to the health insurance system in addition to those proposed by the majority in the Riksdag’s health and welfare committee.

At the same time, however, Husmark Pehrsson asserted that the change was one necessary reform after decades of neglect, but that the question was difficult and complicated.

She reminded her colleagues that when the government took office in 2006, there were 770,000 Swedes on long-term sick leave or receiving benefits after being forced out of the workforce early due to illness or injury.

After a year, she continued, people forced to abandon their careers early against their will were then forgotten.

“We want to give everyone a second chance. We’re building a bridge between sickness benefits and the labour market; between the National Social Insurance Agency (Försäkringskassan) and Arbetsförmedlingen,” said Husmark Pehrsson.

“It’s not a bridge, it’s a slide,” countered Palm. 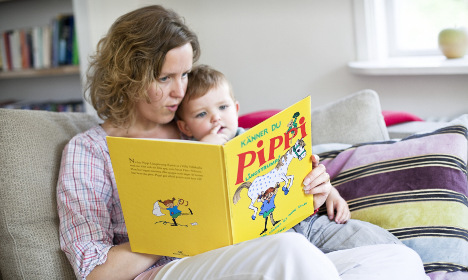 Swedish parents have been told to pay back millions to the state. Photo: Lena Granefelt/imagebank.sweden.se

733 parents in total were forced to repay 14.8 million kronor in erroneous payouts in 2014, compared to the year before when 472 parents paid back 5.8 million.

Insurance controller Daniel Lundmark told news wire TT on Tuesday that the sharp rise is due to the Swedish Social Insurance Agency stepping up its work on investigating suspected benefit crimes.

“We have some criteria that flag up some cases. Exactly what those criteria look like, we won't communicate. It could also be that you have been involved in investigations before,” said Lundmark.

One parent was told to pay back 1.1 million kronor, an unusually high figure. The second highest last year was less than half and the average was 6,300 kronor per parent.

Sweden's generous welfare politics include paying out at least 80 percent of the salary to parents who stay at home to look after their children if they are sick. It is called 'VAB', which stands for 'Vård av barn' (Care of Children), and is very popular with Swedish mums and dads.

Last year parents claimed VAB payments for 5.9 million working days, and in February this year, parents stayed at home with their children for 680,224 days in total – a new record.

The Social Insurance Agency estimates that about a third of the cases being forced to repay the cash in 2014 intentionally tried to cheat the system and will be reported to the police. Usually, the mums and dads have claimed 'VAB', while still working and receiving their normal salary.

In the past few years, around 20-38 percent of reported benefit crimes have resulted in a conviction.