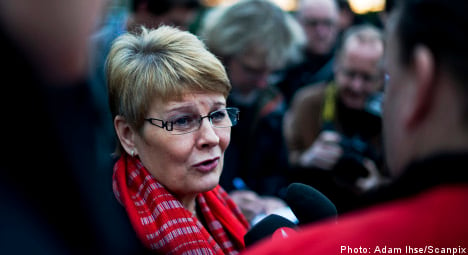 “It is very bleak. Very sad news for all of the employees and it comes at the worst possible time,” Enterprise Minister Maud Olofsson told Swedish news agency TT.

GM said in a statement Friday it had failed to reach an agreement with Dutch sports car maker Spyker on a sale of the division.

“We regret that we were not able to complete this transaction with Spyker Cars. We will work closely with the Saab organisation to wind down the business in an orderly and responsible manner,” GM said.

“But now the decision has been made and we are waiting to see how GM plans to carry out the winding-down,” he said.

Following the announcement, Olofsson told TT: “I am the first to regret that GM did not want to complete the deal.”

Olofsson has called a meeting between union representatives, authorities and the company to discuss the situation in Saab’s hometown of Trollhättan in southwestern Sweden on Monday.

But she reiterated the centre-right government’s position that the Swedish state would not step in to become Saab’s owner, saying it has no place owning car companies.

“I don’t think GM really knows how the wind-down is going to take place, but GM has to take its responsibility,” Olofsson said, adding: “The most important thing right now is to take care of the employees and the future, how to make the most of their know-how.”

Saab employs about 3,400 people in Sweden. According to media reports, a closure of Saab could lead to more than 8,000 job losses, including subcontractors and others dependent on the carmaker.