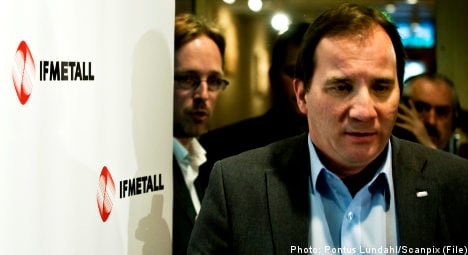 The head of the influential IF Metall union called on the US auto firm to examine the renewed bid for Saab, which employs about 3,400 people in Sweden.

“I understand the frustration felt by everyone who is dependent on Saab, to be thrown between hope and despair is terrible. GM must now respond with a serious examination of the new bid,” union chairman Stefan Löfven said.

General Motors said on Friday that it would close Saab, based in western Sweden, after it failed to agree upon a sale with the Dutch carmaker.

The bid “demonstrates there is a significant interest” in Saab, Löfven said, calling on Sweden’s centre-right government to get involved in the talks with GM.

GM has been trying to sell the unit since the beginning of 2009. Swedish luxury carmaker Koenigsegg, a company which builds around 18 cars a year, pulled out of a deal to buy Saab last month, citing costly delays.

Like Koenigsegg, Spyker is also a niche premium car manufacturer.

According to media reports, Saab’s closure could lead to more than 8,000 job losses, including subcontractors and others dependent on the carmaker.

Saab’s history as an automaker dates back to the 1940s, when the first cars were produced by the Swedish aircraft maker Svenska Aeroplan Aktiebolaget or SAAB. GM acquired Saab Automobile in 1990.

Despite General Motors’ announcement on Friday about its impending closure of Saab Automobile, Dutch sports carmaker Spyker saidon Sunday it had made a second purchase attempt.

“The Spyker leadership has submitted a renewed offer in the hopes of securing a future for Saab, its employees and the brand – despite the announcement that the winding down of Saab would begin,” the company said in a statement.

Spyker said it hoped “the renewed offer would remove each of the obstacles that were standing in the way of a swift transaction.”

“We have made every effort to resolve the issues that were preventing the conclusion of this matter and we have asked GM and all other involved parties to seriously consider this offer,” said Spyker chief executive Victor Muller.

Muller said he was confident a deal could be done by the December 31 deadline set by GM to complete the sale. Spyker’s new offer remains valid until 5pm Eastern Time on Monday (11pm CET), the company said.