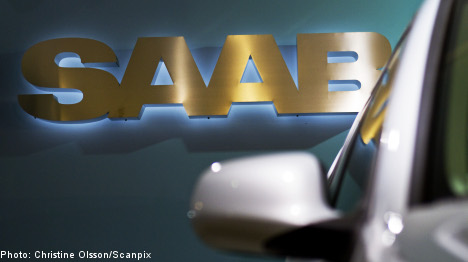 The meeting took place just hours before Spyker’s new bid was to expire at 11pm CET on Monday.

“We have to try every possibility to save Saab,” Swedish Enterprise Minister Maud Olofsson told Swedish radio a few hours before the meeting, adding however that she was sceptical about Spyker’s chances of succeeding in saving Saab.

Swedish government officials, Saab management, union representatives and local officials from Saab’s hometown of Trollhättan in southwestern Sweden were taking part in the emergency talks on the future of Saab, as well as that of the town of 55,000.

Swedish news agency TT reported GM officials would not be at the meeting.

GM has been trying to sell the loss-making unit since the start of the year.

Saab employs about 3,400 people in Sweden. According to media reports, Saab’s closure could lead to more than 8,000 job losses, including subcontractors and others dependent on the carmaker.

But Saab’s fate remained in limbo on Monday after Spyker announced its renewed bid.

The surprise announcement came two days after Saab’s American owners General Motors broke off talks with the Dutch group and said they would begin winding down the iconic brand.

One of Sweden’s most respected auto industry analysts, Matts Carlsson, said GM was probably not interested in selling Saab at all, suggesting the US carmaker would rather shut down Saab because of fears over future competition.

“They are probably figuring that they would rather take the cost associated with shutting down (Saab) so as to not end up with competition in five, ten years,” Carlsson told Swedish public radio Monday.

GM’s reaction could be interpreted as a message to Saab employees that “we don’t want to have to face you in a future competition situation,” Carlsson said.

GM decided earlier this year to hold onto German brand Opel after initial plans to sell it. Both Saab and Opel have in recent years been manufactured on the same platform.

Another analyst, Håkan Matson, was also sceptical about the new bid, noting that Spyker’s new offer was only valid until 11pm on Monday.

“For the buyer to set a time limit is, in my opinion, strange and unprofessional,” he wrote in a column in Swedish business daily Dagens Industri.

Swedish newspaper Svenska Dagbladet meanwhile reported Spyker’s Russian investors Vladimir and Alexander Antonov were no longer behind the Dutch group’s bid for Saab — reportedly one of the sticking points in the negotiations with GM.

And Dagens Industri and Swedish news agency TT said Spyker was not the only bidder in the race for the brand.

They quoted Saab enthusiast website Saabsunited which said US investment firm Merbanco had also made a new bid for Saab with an unidentified Swedish consortium.

Merbanco was one of three firms, along with China’s Beijing Automotive (BAIC) and US holding company Renco Group, identified as possible bidders for Saab after Swedish luxury carmaker Koeninsegg withdrew its bid for the brand on November 24th.

On Sunday, the heads of Sweden’s influential IF Metall and Unionen unions, along with Sweden’s main engineers’ association, sent an open letter to GM’s board.

“We believe that further alternatives should have been given more attention … We appeal to the Board of General Motors to most thoroughly investigate the new initiatives,” they wrote.