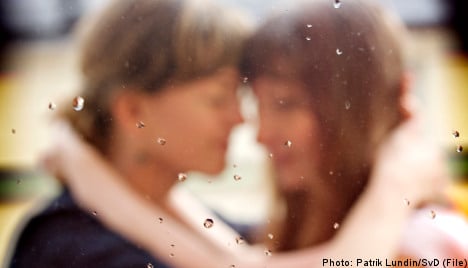 “We are seeing a greater openness among young people, particularly among young women. There is an increasing interest in experimenting and pushing boundaries, and a growing resistance to defining oneself as heterosexual, homosexual or bisexual,” Sven-Axel Månsson, a Malmö University sociology professor, told Dagens Nyheter (DN) newspaper.

Månsson and colleague Kristian Daneback surveyed 855 young people between the ages of 18 and 24 via an online questionnaire.

“Girls are less bound by norms than guys are; it is not as taboo for them to have sex with (other women),” Månsson told DN.

He added that the figures for women having sex with other women were “strikingly high”.

“Many no longer wish to be tied in to rigid sexual identities, they want to be open and free as people and as sexual beings. That is my interpretation,” said Månsson.