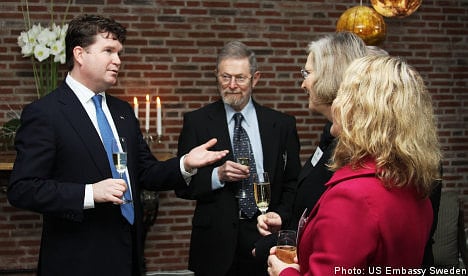 Set against the relatively drab confines of the American Embassy’s utilitarian compound, the effusive energy of Ambassador Matthew Barzun can seem somewhat out of place.

After all, this is a man who helped define what it means to be a successful internet publisher in just a few short years, about the same time it took his current US government employer to figure out how to reformat diplomatic notes so they could be printed easily on a standard-sized sheet of paper.

And while Barzun’s time as one of the top fundraisers for President Barack Obama helped acquaint him with the gray suited, button-up world of official Washington, he remains a Silicon Valley entrepreneur at heart, bubbling with big ideas and ready to roll up his sleeves to make something happen.

Of course, he still has to make time for the everyday work of diplomacy.

“It’s been action packed since we got here,” Barzun tells The Local.

Officially named as Obama’s pick for US Ambassador to Sweden back in June, the 39-year-old Barzun left Lexington, Kentucky in August, along with his wife Brooke and their three children, to take up residence in the Swedish capital.

As his family adjusted to life in Stockholm, Barzun hit the ground running, crisscrossing Sweden to attend conferences, carry out speaking engagements, and catch up with developments in Sweden’s then nascent EU presidency.

In his first three months, the busy Barzun traveled from Umeå in the north to Malmö in the south, as well as to the Baltic island of Gotland.

The diversity of the Swedish landscape has impressed Barzun, as has the country’s ability to weave world-class design with no-nonsense functionality.

And in the midst of December’s Nobel Prize-related festivities, Barzun was also quick to highlight the importance of the legacy left by Alfred Nobel, one of Sweden’s most influential innovators.

“There’s a real power associated with the history of the Nobel Prize,” Barzun explains, finding himself hard pressed to come up with anything close to a US equivalent for the Swedish inventor of dynamite who bequeathed his fortune to fund the prize that now bears his name.

In addition to Nobel’s achievements as an entrepreneur, Barzun also credits the Swedish industrialist for making the prize accessible to people of all nations.

“To his credit, his vision was to not put up barriers based on nationality, which may sound politically correct in 2009, but was radical back then,” Barzun explained.

“As you read about the history of the Nobel Prize, it was criticized from both ends of the political spectrum, but his wisdom in taking down those barriers is wonderful.”

And if there’s one thing that gets Barzun excited, it’s the human potential unleashed by taking down barriers.

At CNET, the internet publishing company he helped found in the early 1990s, Barzun blazed new trails by advocating the purchasing of domain names. The company went public in 1996, and was sold to CBS for $1.8 billion in 2008.

Barzun is also credited with pioneering grassroots political fundraising by opening up fundraisers, which were traditionally the stomping grounds of the well-heeled and well-connected, to people with more modest means who felt inspired to support the candidacy of a then somewhat obscure first term senator from Illinois.

“The idea was, ‘Don’t just go after people who can write $2,000 checks, let them write checks for $25’,” says Barzun, reaching for his notebook.

Opening to a blank page, he first goes on to detail many of the hi-tech tools employed by the Obama campaign, including text messaging, internet fundraising, and social networking sites.

“There were really smart people in the Obama campaign who did this stuff,” he explains.

As a former IT entrepreneur, Barzun recognizes the power to technology for reaching out to people and shifting accepted paradigms, although he takes no credit for the recent efforts by the US embassy to boost its presence on popular social networking sites like Facebook and Flickr.

“It all started before I arrived, but it was pleasant to see the stuff was already up and running – and growing – when I got here,” he says.

“Those are some wonderful high tech tools we can use to accomplish our goals, but I think the guiding principles are kind of low tech.”

Turning back to his notebook, Barzun begins scribbling furiously.

After a few seconds, he then leans back to reveal a page graced by three terse lines which he sees as the essence of the “low-tech” mantra which made the Obama campaign’s high-tech outreach so effective and which he hopes to apply to the work of the US embassy:

1) move the metrics that matter

3) raise expectations of what it means to participate

During the campaign, this seemingly simple three-point plan was about voters, money, and mobilizing political supporters, Barzun explains.

“But I think this cycle can be applied outside of campaign life to what we do in government,” he adds.

“How do we connect government, citizens, businesses, students, NGOs, and all these different people in these different networks so they can engage? How do we get people to engage, that’s what I think my job is.”

For Barzun, “engagement” is something of a unifying thread through what he sees as the three primary chapters in his career thus far.

“Whether it was e-publishing or e-campaigning or e-government, the e-part isn’t really electronic, it’s engagement,” he says.

“It’s empowering people with the tools to go help build something big and it’s about connecting networks of networks.” 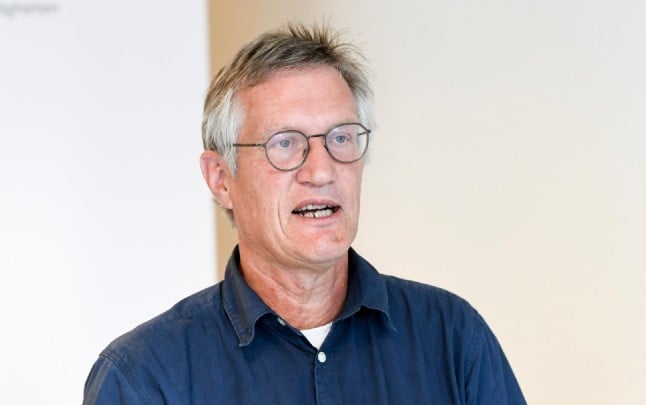 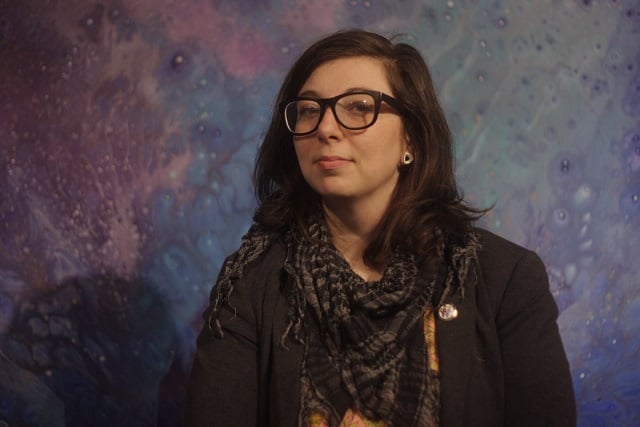 Alexandra Muirhead is launching her own music festival in Gothenburg. Photo: Lovisa Wallin

“To get out of devastation, I just do stuff, I just do more,” she explains to The Local. We meet her at a Gothenburg art gallery  a few hours before a cozy acoustic concert she has organized herself.

While we talk backstage about her work and experiences in Sweden, her friends cut in to tease Muirhead about how little she sleeps.

An Arts & Entertainment Management graduate, she has co-organized multiple film and music festivals before but always hoped to run her own.

Muirhead's work and love of travel have taken her around the world and she has lived in Vancouver, Galiano Island, Montreal, Toronto, London, Edinburgh, Liverpool, and Glasgow – but it’s Gothenburg where she first felt able to fulfil this dream.

“I don’t think I could have done this outside Sweden,” Muirhead says. She feels that very few major bands play in Gothenburg, only passing through it between tour dates in Oslo and Stockholm, but at the same time local musicians have limited access to the stages, so they don't perform often either.

It’s that untapped potential that inspired Muirhead to implement her ideas here one year ago.

Before arriving in Gothenburg in August 2017, she contacted the newly created local team for Sofar Sounds, an international startup that runs secret concerts in unconventional places ranging from living rooms to retail shops. She was only the third member of the team, which in two months set up the first show in Gothenburg. Now the events take place regularly.

Included in the lineup are bands from Gothenburg, Oslo, Stockholm and even Canada, which she warns “may not play here on another occasion”.

The musicians will also be part of the audience, which is unique, she says, but admits: “I’m scared of whether the people will show up and whether it will sound good”.

Muirhead has always thrown herself into establishing new projects when she has moved to a new area. “If there’s a local problem that you could contribute to fixing, it’s very rewarding,” she explains.

And it's a two-way street: she also believes that staying active helps to solve the problems most expats find themselves facing, from loneliness to trouble adjusting to a new culture.

“When I feel sad, I make a video. Or start a new project. I would probably recommend the same approach to others, especially if their sadness is because of finances. Some of that stuff will get you money.”

She arrived to Gothenburg without a solid plan as she believed it would be possible to find a job within two weeks, like in other places she had moved to. Today Muirhead says that was a crazy idea.

“It was pretty hard when I came here. Nobody tells you there’s a housing crisis and you won’t get a job. And please bring 2000 dollars that should cover you for three months,” she says, highlighting the high living cost and shortage of affordable housing in Sweden's major cities.

Like many new arrivals in Sweden, finding accommodation was another challenge. After staying with a couchsurfer when she first arrived, she found her first accommodation for a one-month period, then another that was similarly short-term. The third one was available for five months. In between contracts, she stayed on couches, took bands on tours, and at one point worked at a music festival in Norway. She now lives in a rehearsal studio because it’s the cheapest option.

Despite getting involved in a mix of cultural initiatives, Muirhead has struggled when it comes to finding a stable job in Gothenburg. Alongside her creative projects, she has worked in substitute positions including as a restaurant assistant, a babysitter, and an English teacher at a summer camp

“I’m still trying to get a job in Sweden,” says the Canadian, who estimates she has sent out “hundreds” of application emails as well as knocking on doors.

Each time the effort doesn't pay off, “you get a big heartbreak, it’s devastating and terrible”, she explains. The creative has now applied for a working holiday visa in Denmark as a way to stay in Scandinavia while she continues to hunt for the right role.

But for her, it's worth it. The region has everything she wants to do, her favourite bands, and friendships that she says are stronger than anywhere else.

“When I go anywhere else, all my friends from here become a story, a fairy tale. No one else gets to touch it or see it – they only hear about it. When I live here, it’s real but when I leave – this fairy tale becomes fake,” is how she sums it up.

Something about the area has kept her coming back, ever since she first travelled to Norway for a concert in 2013. After that, she began to visit every six months, and that soon became every three months. Eventually, she moved to the UK to be closer to Scandinavia, and when that visa ran out,  she moved to Gothenburg and “fell completely in love all over again”.

Despite the challenges she's facing, Muirhead is sure her future is in Scandinavia. She says: “It’s not my style to give up so I probably have to die here trying. I’ve chosen to.” 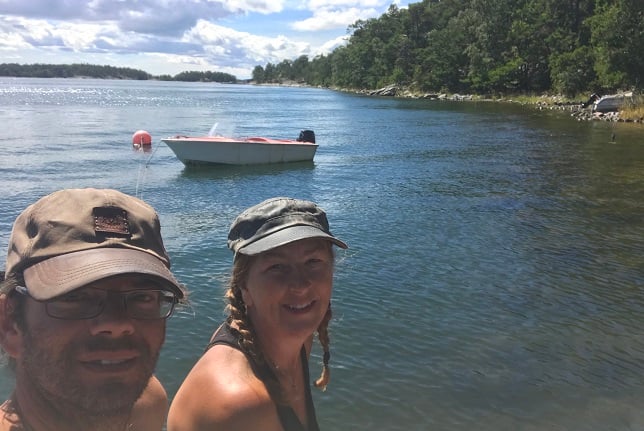 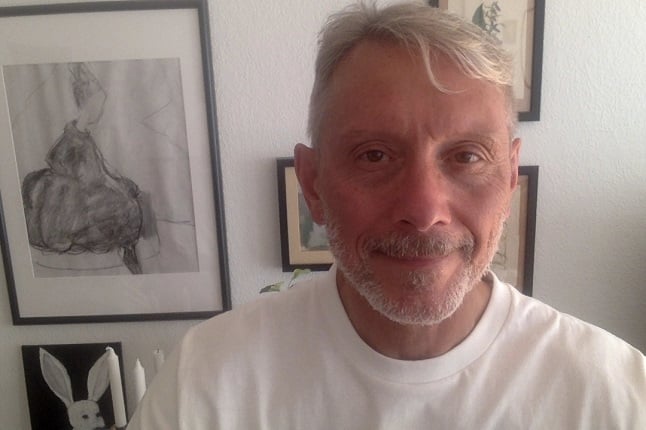