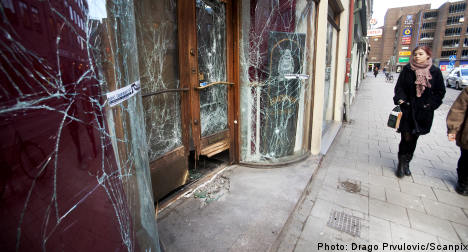 No one was injured in the explosion, which took place at 3am at the entrance of the Buddha Lounge nightclub.

However, there was extensive physical damage, with windows being blown in at several nearby buildings.

“If a car had been passing by on Djäknegatan at the time of the explosion, things could have ended badly,” said Malmö police spokesperson Per Robertz to the TT news agency.

Parts of Djäknegatan were blocked off after the explosion and forensic experts have started an investigation in order to determine what type of explosive was used.

The crime has been classified as devastation endangering the public.

“We don’t know of any motive for the attack, nor do we have any suspects,” Skåne police spokesperson Peter Martinsson told TT.