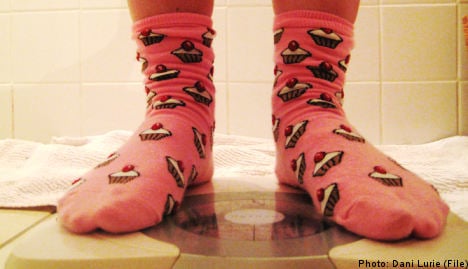 The Weight Watchers participants had gathered in the group’s facilities to see how much weight they had lost.

As it turned out, however, people’s weight was not the only thing to fall.

“We suddenly heard a huge thud; we almost thought it was an earthquake and everything flew up in the air. The floor collapsed in one corner of the room and along the walls,” one of the participants told the Smålandsposten newspaper.

Then floor then started to give way in other parts of the room. Shortly thereafter, the smell of sewage began to waft up into the room.

But the Weight Watchers didn’t let the damaged floor stop the evening’s weigh-in.

When everything had calmed down, the participants instead moved the scales to a nearby corridor and set about seeing how many kilos they had shed. And this time the floor held.

No one was injured in the incident, the cause of which is still under investigation.