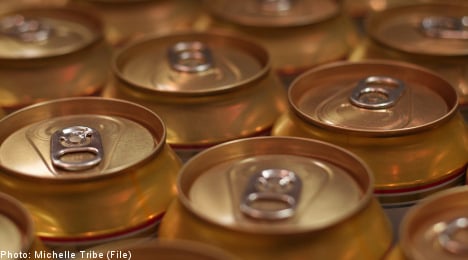 In addition to the beer and liquor, the truck the man was driving back from Germany also contained 50 litres of alcopop flavored alcoholic beverages, 12 litres of wine, and 48 litres of strong cider, the Nerikes Allehanda (NA) newspaper reported.

Appearing before the district court in Örebro in central Sweden, the man explained to the court that the alcohol was meant to quench the expected thirst of the 100 guests he planned to invite to his birthday party.

Following the ruling, the 20-year-old can now reclaim the alcohol, which was confiscated by customs officials in Helsingborg in southern Sweden.

One judge and a lay judge found the 20-year-old’s story too good to be true, however, and concluded that the man had brought the alcohol into Sweden with the intention of selling it.

But their suspicions were overruled by the majority of the court’s justices.

Prosecutor Ingrid Löf told the newspaper she plans to read through the court’s ruling in its entirety before she decides whether or not to appeal the judgment.