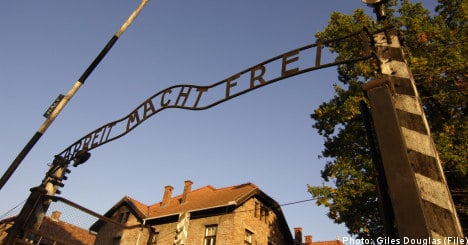 When writing about Auschwitz, it’s important to start with the obvious. The theft of the camp’s notorious entrance sign was an appalling act and those who are responsible for it must be punished. In a broader context, on the occasion of the International Holocaust Remembrance Day and the 65 anniversary of the liberation of Auschwitz, it is important to point out that the original camp site, along with the museum and archive which were built on it, are in need of serious renovation. If the site’s educational projects, research activities and ceremonial events, are to continue, there is need of a large investment, of international support and of course, a better security system.

So much for stating the obvious.

There is however another way of looking at the theft of the sign which naturally raised many angry reactions. Interestingly enough, statements made after the event were of the kind usually made when religious sites are desecrated. It’s easy to forget that Auschwitz is not a holy site. It is not a vandalized grave or a burnt down synagogue, in fact it’s as far from a holy site as one can imagine. Birkenau (Auschwitz 2) may well be the largest Jewish graveyard in the world and the site where thousands of Poles, Roma, Russians and many others were murdered, but the entrance sign of the main camp, Auschwitz 1, which simply states “Arbeit Macht Frei” (work liberates) is perhaps one of most profound symbols of evil and one of the most symbolic representations of Nazism. So much so that it is almost tempting to cry out to the thieves and to all the anti-Semites and neo-Nazis who support them: “If you want it so badly, just go ahead and take it!”

There is a reason why that sign is so symbolic. Auschwitz wasn’t on another planet, as Jewish writer and Auschwitz survivor Yehiel Dinur once put it. It was made from the stuff of our very own planet. It took all the evils of this world and brought them to a new level. Though it developed new and monstrous techniques, it didn’t invent anything new. It was the most accurate representation of the world view of the Nazi movement which, while being politically revolutionary, was based on old and conservative values. Like Nazism itself, Auschwitz was hierarchical, racist, and murderous all of which are typical aspects of the twentieth century. It was a world where human beings had no value, where every part of their body and belongings was used to make profit before they were annihilated. It was a world of cruelty and ruthlessness, but not less interesting, it was a world of lies. And this is where the “Work Liberates” slogan has its deeper meaning.

The lies in Auschwitz weren’t limited to the lies told to the victims who were told, for example, that they are entering the showers when they were standing at the doors of gas chambers. They were deeper, almost philosophical. Auschwitz had every aspect of human life. There was music, medicine and even a judicial system. There were work places, sex life, trade and industry. But these were all distorted. Any trace of humanity was sucked out of them. Music, for example, was transformed from an expression of beauty and human emotions to a soundtrack of slave marches and executions. In the so called “Joy Division”, sex was transformed from a source of pleasure and expression of intimacy to violent and repeated rape. In the torture chambers of Block no. 11, the judicial system served might instead of right and in Dr. Mengele’s Block medicine did not save lives, but practiced diabolical experiments to glorify a mythical ‘master race.’

And then there’s work. Work can define us; it can give us pleasure, release our creative abilities or at least provide for us. Work can liberate. But in Auschwitz work was the exploitation of people struck by disease and hunger by corporations, some of which, sadly enough, still exist today. All this makes the stolen slogan not only cynical but also a pure symbol of everything wrong in this world. As such, perhaps we can do without it.

Many, myself included, were shocked by the theft of the sign. But was the response proportional? Is the symbol really so important? I have visited Auschwitz many times and have seen how the sign has turned into a tourist attraction and how groups of laughing teenagers from all over the world gather beneath it to have their picture taken. Visiting Auschwitz is important and symbols are important too but they are not everything. It’s important to remember that although the war ended in 1945 genocide, racism and oppression didn’t. Perhaps it would be more effective if some of the attention given to the stolen sign were diverted to the atrocities in Darfur for example, or to the many cases of minority oppression and discrimination worldwide.

The Israeli historian Prof. Yehuda Bauer, who is one of the world’s greatest authorities on the Holocaust, says: “There are many places in the world today where mass murder and even genocide are possible. Everyone knows about Sudan but there are other places like Burma (Myanmar) and East Congo. The situation in other regions like Iran, with its complex ethnical problems, the Balkans, Zimbabwe, Kenya and Iraq and some places in South America like Guatemala could also deteriorate into mass murder”. Bauer, who is visiting Stockholm this week, serves as a senior adviser to many institutes including the Swedish government, the Task Force for International Cooperation on Holocaust Education, Remembrance, and Research and the International Forum on Genocide Prevention. “The Holocaust was an unprecedented event because of its totality, universality and the pure ideological motives behind it”, says Bauer, “But it was not unique, since it was an act of human beings on other human beings, it can happen again”.

Though Bauer’s work with the UN and other international organizations to prevent future crimes, may be more important to future generations than the preservation of old Nazi concentration camps, it can be claimed that the stolen sign, like the camp itself, is important as a witness of what happened and can be used in the battle against those who deny the Holocaust. There is truth in this. But there will come a day when not much will remain of the original camp. What then?

Even today parts of it are falling apart despite all preservation efforts. Like it or not, physical artifacts, just like the testimonies of living survivors, important as they are, will have a smaller role in remembering and understanding the Holocaust in the future. It is, after all, an event from the past century, and sadly its survivors are becoming fewer and fewer. Camps like Treblinka and Sobibor were totally destroyed and many documents and artifacts are already lost. Future discussion about the Holocaust will have to be based on books, museums and films, and if we want it to have a future at all, public debate, educational dialogue and historical research will have to take the place of visiting the sites themselves.

From a Swedish perspective, these observations are particularly important. The apparent involvement of a Swedish neo-Nazi in the sign theft last month reminds us that there is a need to continue the efforts to fight racism, anti-Semitism and undemocratic trends in Swedish society. Sweden’s ambivalent role in WW2 makes this even more crucial. As a vital exporter of iron ore to the German war machine, and as an industrial and sometimes political and ideological Nazi ally, Sweden has a moral and political obligation to deal with its past even if it is also responsible for saving many lives through its diplomatic efforts and generosity to refugees.

“Anti-Semitism in Europe is getting worse”, says Prof. Bauer and explains that it exists in the extreme right-wing as well as in the left and in parts of the second generation of Muslim immigrants who rebel against their communities by targeting Israel and the Jews. He points out Sweden’s efforts in fighting these trends, “Sweden dedicated time and money and has created The Living History Forum, a government agency commissioned to promote democracy and human rights, with the Holocaust as its point of reference”. There is of course still work to be done and Bauer claims that studying the core issues of the Holocaust and especially the dilemmas of its victims are crucial to this process.

As for the stolen sign, I don’t really know what the thieves who climbed on Auschwitz’s gate and removed the sign on that cold December night had in mind. Truth be told, I don’t really care. I was shocked when it was taken and I’m glad it is now back. But that is stating the obvious.

Beyond the obvious is another thought. In one of his books, Yehiel Dinur describes a vision of an Auschwitz prisoner. He is sitting in a truck full of prisoners on the way to the crematorium and he’s looking at an SS officer. He realizes, to his horror, that under other circumstances the roles could have been reversed and he could have been the killer. The worst thing about Auschwitz, he realizes, is that it is man-made, not the work of the devil and it lies within the potential of human behavior. He describes the truck passing under the German words “Arbeit Mach Frei” and in his mind the German words are transformed into Hebrew ones: “In the image of God created he him”. The symbol of Nazism becomes the cradle of Humanism. Now that would be a sign no one could steal. 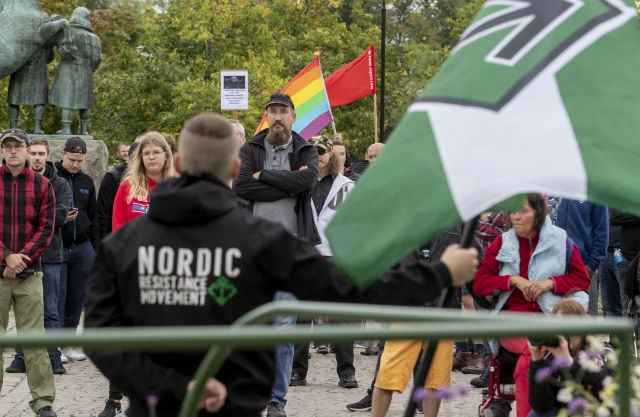