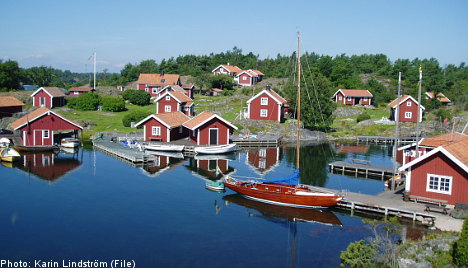 The fact that Sweden has managed to benefit from the global recession results from a combination of four factors, Peter Terpstra, an analyst at the agency told The Local on Wednesday.

“Firstly, the recession has meant that people are continuing to travel but they are not travelling as far, the same thing change that occurred after 9/11.”

“Secondly, Sweden’s currency has been weak in relation to the euro and this has benefited tourism during the downturn.”

Peter Terpstra underlines that these factors are fleeting and are not something on which to base a long term tourism strategy, but he added that the adoption of specific measures has also boosted Sweden as a tourist destination.

“Tourist infrastructure has improved in Sweden. I am primarily referring to improved flight connections to Europe, the largest tourist market in the world.”

“Finally, Visit Sweden – the Swedish tourist board – was able to react quickly to the onset of recession and direct its efforts at our neighbouring countries.”

In total, 5.8 million overnight stays were recorded in Sweden in 2009, an increase of 3.3 percent on 2008. According to UN World Tourism Organization statistics for 2010, travel to and within Europe declined by 5 percent as a whole.

The number of Danes visiting Sweden climbed by 20 percent on an annualized basis and this is, at least in part, a result of the tourist board’s efforts, Peter Terpstra says.

“We have a lot of people close to our borders who like to travel a lot. The Norwegians especially respond to the favourable exchange rate.”

The report indicates that the recession has impacted the nature of tourism, with business traveller numbers down, and lower cost alternatives more popular.