The man who was first suspected and arrested in relation to the stabbing and murder of Anna Lindh, known in the media as the “35-year-old”, is suing the southern Swedish newspaper for defamation.

The man was held for a week while police conducted their investigations and was thus subjected to extensive scrutiny in the media.

The man pressed charges against Sydsvenskan and a slew of other newspapers for their reporting of him, arguing that he was presented as a reprehensible person and a criminal and that the publication of certain personal details meant he was easily identifiable.

The case against the Skåne-based newspaper is the first to come to court.

The newspaper and Hans Månsson deny the charges of aggravated defamation, a crime which can result in a large fine or prison for up to two years.

“One has to remember that the country’s foreign minister had been murdered. If you have the bad luck to be arrested and detained as a suspect then you have to expect the misfortune to be written about,” Månsson told TT.

The case is expected to continue for two days at Malmö District Court. As the case concerns the freedom of the press, a nine-person jury will pass judgement.

The 35-year-old has since received 150,000 in damages from the Swedish state for the time spent in custody.

Anna Lindh died in the early hours of September 11th 2003 from stab wounds sustained after an attack in the Nordiska Kompaniet department store in central Stockholm the previous afternoon.

Mijailo Mijailovic was convicted and sentenced to life imprisonment for her murder in March 2004. 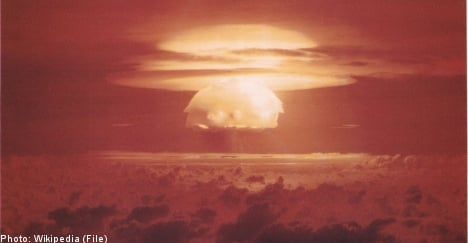 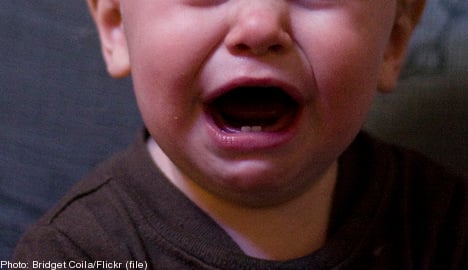 “Any weapons that have a indiscriminate effect are controversial weapons and there is global obligation for disarmament. Banks have a role to play and our report shows that they can, and do, choose to avoid investment in controversial weapons,” Susi Snyder, co-author of Don’t Bank on the Bomb, told The Local on Thursday.

“When customers find out that their money is being invested in nuclear weapons, they get angry. Banks can just as well invest in green energy, or beer,” she said.

The report includes a ‘Hall of Shame’ of financial institutions that support multinational defence firms currently involved with the world’s nuclear arsenals. Swedish banks SEB and Svenska Handelsbanken are two of the firms named on the list.

“This is an issue which we work on continually. We have an ongoing discussion and just at the moment the focus on this discussion is on the nuclear arms industry,” Cecilia Widebäck West, Head of Corporate Sustainability at SEB, told The Local.

Widebäck West explained that the bank has recently decided to exclude firms connected to the nuclear arms industry from its share funds, explaining that the firm is “working hard to make a policy decision” regarding other areas of its business.

“These are complex issues and we have long term contracts and commitments with our customers which we must honour,” she said.

The report is part of the International Campaign to Abolish Nuclear Weapons (ICAN) which is backed by Swedish groups including Swedish Physicians Against Nuclear Arms (SLMK) – an organization which won the Nobel Peace Prize in 1985 – and the Women’s International League for Peace and Freedom (WILPF) Sweden.

Snyder told The Local that the situation has improved since the report was last published in 2012 and several Swedish firms, such as Folksam and KPA Pension, featured in the report’s ‘Hall of Fame’ recognizing companies with policies banning arms investments.

“The report identifies 298 finance firms in 33 countries involved in the nuclear arms industry. We are happy to see that this is fewer than in 2012. We were able to find 12 firms with a comprehensive policy to refrain from investment,” she said.

Snyder told The Local that the report’s main aim is to push financial institutions to act to adopt comprehensive ethical policies, pointing out that talks have been held with Swedish banks Nordea and Swedbank.

Social Democrat leader Stefan Löfven called Wednesday for the Swedish government to be more active worldwide to push for the banning of nuclear weapons.

Snyder told The Local that while Sweden is not in the best position to act internationally on this issue, the country’s voice could help to make a difference. 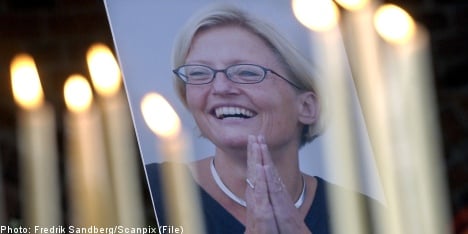 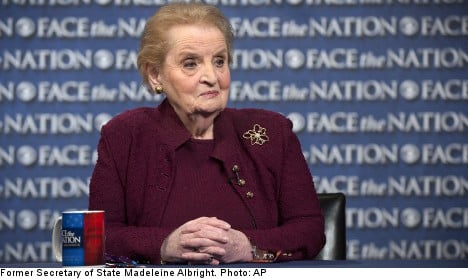