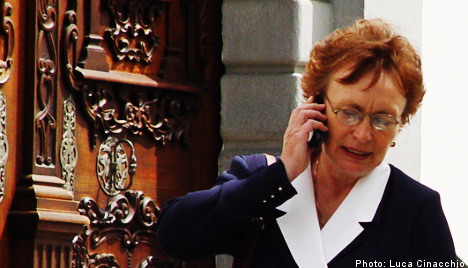 Among Swedish seniors, 91 percent own a mobile phone while in France by contrast only 41 percent do so, according to the study released at the Mobile World Congress in Barcelona, Spain, the industry’s biggest trade show.

Around 77 percent of British seniors, 74 percent of Americans and 72 percent of Germans have mobile phones, according to research firm Synovate, which surveyed 2,000 people over 65 in five countries between January and February.

The survey was commissioned by Doro, a British company that makes mobile phones with simpler functions and bigger keys for senior citizens.

There is a big gap in mobile phone use between people older than 75 and younger seniors. Nearly 90 percent of people 65 to 74-years-old own a mobile, while only two-thirds of older senior citizens have one.

On average, 56 percent of pensioners pick their mobile phones on their own.

Although few in France own one, of those that do 73 percent choose their own

French seniors who own mobile phones use their devices more than others: 96

percent of them have taken or made a call in the past two weeks. This compares