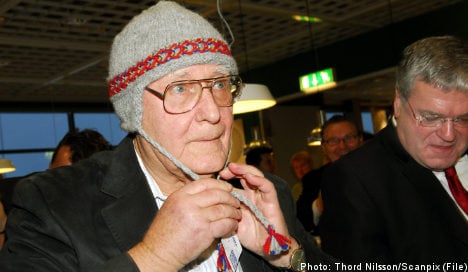 “I sat in my old armchair and cried. I wept like a child because I was so sad,” he said in an interview with the Expressen newspaper.

“I am heartbroken about what happened,” he said. “I am very, very sorry.”

The company said on Saturday its “representatives in Russia agreed upon bribes being paid, related to power supply to Ikea-owned MEGA shopping centres in Saint Petersburg.”

“Two top managers have left their positions and Ikea with immediate effect,” the group added.

Kamprad is now 83-years-old and set up the Ikea flat-pack furniture firm in 1943 when a teenager.

He said he was informed last Friday that Per Kaufmann, whom he has known for 20 years, and Stefan Gross, had been fired for giving the go-ahead to bribes.

Kaufmann was the head of IKEA in Russia and Gross was IKEA’s director of real estate in the country.

“I don’t want to say anything before I know what is behind this,” Kamprad said, adding he had spoken to Kaufmann and “he is sorry, not for his own sake, but for Ikea’s sake, that things happened as they did,” he said.

Kamprad, who lives in tax exile in Switzerland, said he hoped the bribery affair would not hurt the group’s presence in the Russian market.

“I think most Russians understand our situation,” he said.

Ikea owns 12 shopping centres in Russia, all of which are home to an Ikea store and around 150 other tenants.

Ikea is an unlisted, family-owned company and traditionally does not release regular earnings reports.

At the end of last year, Kamprad was the richest man in his adopted Switzerland with a fortune valued at some €23 billion ($31 billion).