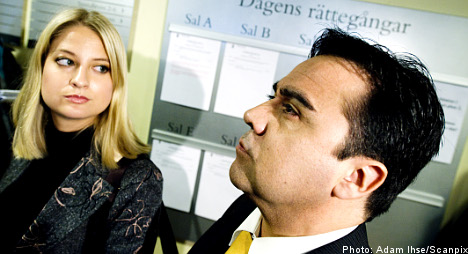 Twice Beltran had asked for a tether but had his requests denied on grounds of having refused to participate in a voluntary treatment programme for sex offenders.

But on Friday Malmö Administrative Court acceded to the singer’s wishes, reports Crimenews.se.

“It’s only right. I’m glad that they took our arguments into account in the case, but mostly I’m glad that my wife and family have stood by me and given me the strength to battle on,” Beltran told Crime News.

The administrative court argued that since the treatment programme was fully voluntary, Beltran’s decision not to participate could not reasonably be put forward as a reason for denying his request.

It was further noted that Beltran fulfilled other criteria for early release, including access to a home and gainful employment.

Tito Beltran was jailed in October 2008 at the end of a high profile trial. He received a two and a half year jail sentence after being found guilty of rape and sexually abusing a minor. He was due for conditional release in April of this year.