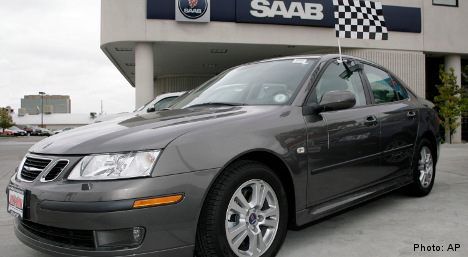 At supplier IAC, 121 staff can now expect to continue in employment after the firm announced it was pulling back their notice.

In December a total of 159 were told that their jobs would go from plants in Färgelanda, Skara, Gothenburg and Trollhättan in connection with the announcement of US firm GM’s decision to close Saab down.

Employees were told on Wednesday of the news.

“It is positive that the deal has been concluded. Now we hope that this will be a successful solution,” Marcus Nyman at IAC Group told the TT news agency.

“There is still an insecurity in the market which means that we need to tighten things. We do not dare believe in a major recovery,” Nyman said.

IAC, which manufactures instrument panels and inside doors to Saab, is meanwhile all set to resume deliveries.

“As soon as Saab is prepared we will meet their needs,” Marcus Nyman confirmed.

He revealed that he had been forwarded information which indicated that production can start gradually during the week beginning March 22nd and be at full capacity by April 5th.

“But if it happens quicker, then we can adjust.”

Nyman forecast that Saab could thrive as an independent niche car maker.

“It will make Saab lighter on its feet, more flexible, and in control of its own destiny, which is very important in a tough market. But of course they have a laborious process in front of them.”

According to Svenåke Berglie at sector interest group Fordonkomponentgruppen, Saab will take a “couple of weeks” to return to normal production.

Now it is just a question of getting sales going again, he explained, following Tuesday’s confirmation that Spyker Cars will in fact take over the Swedish firm.

According to Berlie, hope has returned to hard hit suppliers within the industry.

“Among Swedish suppliers there is clearly an attitude that they should help out, but it is really a question, for all parties involved, of doing business that is profitable for all.”

Saab retailers across Sweden welcomed the news of Spyker’s Saab takeover and hope that sales volumes will climb by next year.

“It is now a question of getting production going and starting to sell cars and restore faith among customers,” said Peter Hallberg at the association of Saab dealers.

Hallberg confirmed that Saab dealers have a stock of around 600 cars – primarily old model 9-5s – and hopes that production of 9-3s starts to roll off the production line within three-four weeks.

Henrik Sjödin at the Stockholm School of Economics says that the drawn out saga of the Saab purchase will demand hard work from the company to restore confidence in the Saab brand.

It will take time, Sjödin argues, before consumers dare return to car showrooms and buy a Saab, in Sweden anyway.

“I can imagine many will want a little more solid ground under their feet first,” he said.