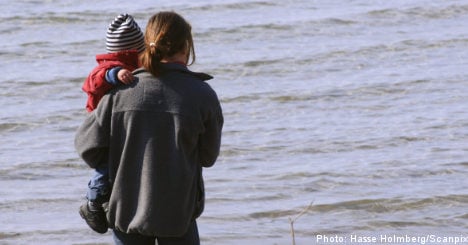 “It should be a voluntary right for parents, not maternity leave by force,” Birgitta Ohlsson told The Local on Thursday.

The Swedish government fears that if the proposal were to be adopted by the EU parliament and ratified by the Council of Ministers then Sweden would be forced to change its system of parental leave that allows parents to share around 14 months of paid leave.

The minister plans to travel to Strasbourg in March to lobby against the proposal in the EU parliament and has joined forces with Left Party MEP Eva-Britt Svensson, the chair of the parliament Committee on Women’s Rights and Gender Equality.

“Sweden is a pioneer when it comes to feminist issues, with radical family policies in an international perspective. We should not point the finger but we can inspire other countries in the EU. Feminists have to unite across party lines,” Ohlsson said.

The Swedish government is also opposed to the directive as it contains little mention of the father, identifying only the mother as being synonymous with parenthood.

“We have to encourage parents to share more of the parental leave. More EU countries have to recognise the causal link between equality, childcare and economic growth,” Ohlsson said.

Birgitta Olsson, who is herself expecting a baby in July, explained to The Local that the directive would thus have prevented her from accepting the position as Sweden’s minister for EU affairs.

“If the EU wants to have more women in leading positions, then this is a step in the wrong direction. More parental leave in the EU is positive, but it should be a right and not an obligation.”

“Politics needs to adapt to the people and not the other way around,” she argued.

The proposal, which would introduce a minimum requirement of 18 weeks parental leave, will be subject to a parliamentary vote in March.