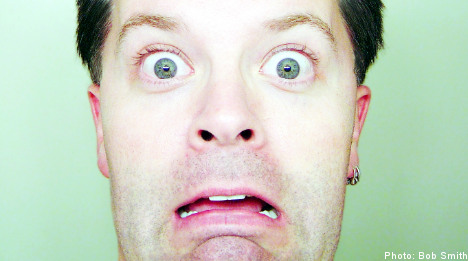 Wild animal numbers are on the increase in Mother Sverige and this has put the willies up Sweden’s urban population. A recent survey found that almost half of Sweden’s population is afraid of being attacked by a bear and this percentage increases the further into urban areas you go. In theory, waving a teddy bear around in Stockholm’s Central Station could cause mass panic.

How far has Sweden come from the days of the Vikings when bears were wrestled as a warm up to a good old pillage? Ben Kersley, animal lover and urbanite, decided to see just how scared of the wild the average person is.

Fearlessly disregarding the very high probability of being attacked by a Polar bear, Ben hit the streets of Linköping with a camera to find out which members of the animal kingdom keep people awake at night.

“‘Birds. All kinds of birds… big ones and small ones. I’m totally scared of birds it’s the way they, you know, flap.… Yes, birds… and sharks too.”

“My husband is a Björn (bear), but he’s not dangerous. Actually, when I think about it, he’s quite scared of me.”

“Mice, rats, even field mice… any kind of rodent makes me freeze in a panic. I saw a rat by the bins once and had to go and get my neighbour for help.”

“I’m not scared of anything. I’m as hard as nails.”

“Wild boar. I’m so scared of wild boar…. No.. I’ve never seen one, but I get terrified if I see where they’ve turned over the soil in the woods, I think they’re disgusting.”

“Oh. I’m not scared of animals… just people. People on drugs with knives.”

“Snakes… I don’t know, I never used to be scared of snakes, but my mum used to tell me these horrible stories… now I just panic when I see a snake. How often do I see a snake? About once every other year.”

“In Guatamala, where I come from, there are all sorts of horrible snakes. I didn’t think there were any in Sweden, until I saw one last year. I jumped out of my skin.”

“Spiders. I think they’re really creepy. If there’s one in the bathtub I put both taps on full to wash it away.”

Mats Höggren, director of animals at Kolmården Animal Park, doesn’t know whether to laugh or cry when he hears about people’s animal phobias particularly as the chances of being attacked by a wild animal are incredibly slim.

He believes that many people in Sweden have lost touch with the natural world that is on their doorstep. The greater the distance between the population and their contact with nature, the more these unfounded fears seem to increase. 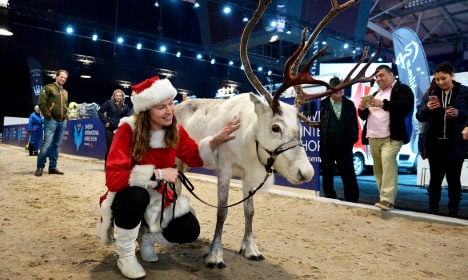