“I just hope that the police get a hold of him. This boy seems to have this as a business idea,” said Gabriel Erlandsson’s mother Ulrika, to the newspaper.

The boy, who like all school children in Stockholm was enjoying a week off for half-term, left the family home in northern Stockholm on Wednesday to head into the city.

Gabriel had received 200 kronor from his mother, saying that he was heading to Slussen to play Laserdome, the newspaper reports.

But the teenager is thought to have handed over the money to another boy, named only as “Jean” by Aftonbladet, who was known to offer unauthorised tours of the myriad network of tunnels and shafts under the Stockholm traffic junction of Slussen.

When Gabriel did not return home on Wednesday evening the family became concerned and called the police. Thirty-six hours after leaving the family’s Vallentuna home the boy was found by police climbers lifeless at the bottom of the 30 metre deep ventilation shaft.

The newspaper writes that the family has now begun to suspect that Gabriel was interested in a sub-culture known as “Urban Exploring”, which attracts thousands of Swedes to places off limits to the general public – such as tunnels, disused factories and abandoned houses.

The place where Gabriel was found is reported to have been given the name “Tariq’s Temple” after the film director and graffiti artist Tariq Saleh.

“When you are young you think that you are invincible but I just want to underline, do not go down into the metro system. It is not worth risking your life for,” the director said to the newspaper after hearing of the teenager’s tragic death.

Police climbers found Gabriel’s body at around 10pm on Wednesday. They also found an abandoned rucksack which is suspected to belong to his guide, the newspaper reports. 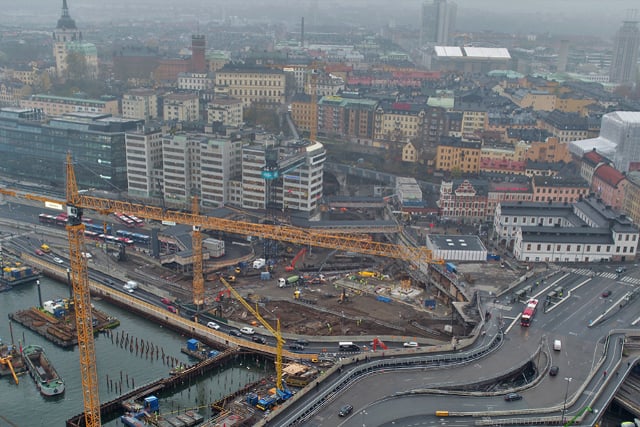 The area where the cannonballs were found. Photo: Arkeologikonsult