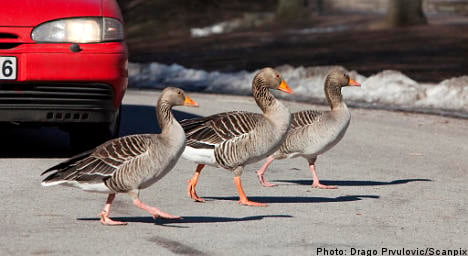 Monday saw temperatures rise in many parts of the country with Hudiksvall in northern Sweden recording the daily high of 9.6 degrees Celsius.

Many places have experienced long periods of continued sub-zero temperatures this winter. The northern Swedish towns of Sveg and Delsbo have had 84 and 71 consecutive days of minus temperatures, for example.

As westerly winds sweep the country, SMHI has concluded that the sub-zero temperature trend has now been broken.

The Härjedalen town of Sveg had until Sunday endured sub-zero temperatures from December 13th to March 6th – the longest consecutive period since records began in 1875.

In most areas of the country south of Umeå, the warmer weather is set to remain until the weekend when the chill is forecast to make its return.