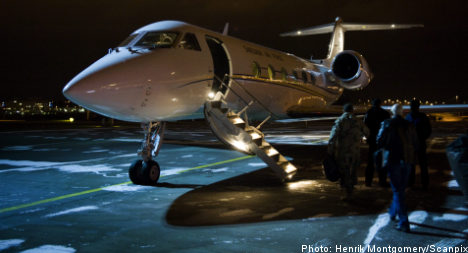 “This pilot will never again set his foot in a government plane,” said Per Danielsson at the Swedish Armed Forces to news agency TT.

The pilot served with the Armed Forces-operated government plane, which is regularly deployed for transporting high-ranking Swedish officials. The man has flown a total of 3,918 flight hours, with 300 in the past year.

The problem with the pilot emerged earlier this year after an incident where the government plane returned from the Middle East with the trade minister Ewa Björling.

During the flight, smoke began to fill the passenger cabin and the pilot prepared to conduct an emergency landing. Cabin staff were able to avert danger by cutting off the power to a DVD player that was causing the problem.

“It has been a difficult time,” Danielsson said.

Danielsson added that steps had been taken to ensure that a similar event would not be occur in the future.