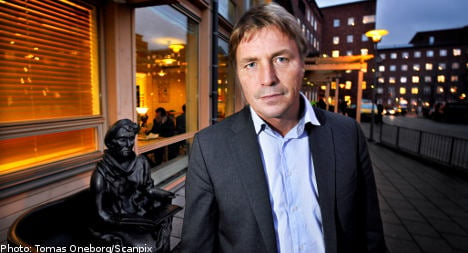 “One can not in the long term have a justice minister who does not understand that you can’t name and shame innocent people,” Thomas Bodström said to news agency TT.

Ask made her controversial statements at a parliament seminar on prostitution last Thursday, saying that a suspected sex buyer’s family and friends should be informed.

“I could imagine having envelopes in a very garish colour and sending them home to people suspected of this offence,” she said.

Ask argued that naming and shaming sex buyers would be an effective deterrent.

“I think the worst thing that can happen to many of them who are out there buying sex is that someone in their circles finds out about it,” said Ask.

Speaking to the Aftonbladet tabloid the day after, Ask conceded that the garish envelope idea was perhaps not the best move in practice, but defended the idea in principle.

“In practice maybe we can’t have coloured envelopes, but we have to show who they are and let those around them know,” she said to the newspaper.

It is this conviction that has moved Thomas Bodström to act and, writing on his blog on Monday, he called for Ask to take back her comments or resign.

“We can not have a justice minister who so clearly disregards the most basic principle of justice – that you are innocent until proven guilty,” said Bodström.

In a further interview, with TV4’s main news programme, Ask has underlined that no one is guilty until so proven and explained that her comments were meant rhetorically.

SEX
This is Sweden’s new advice on sex during the coronavirus pandemic
CRIME
Swedish movie star and dozens of sex buyers seized in Stockholm raids
Url copied to clipboard!