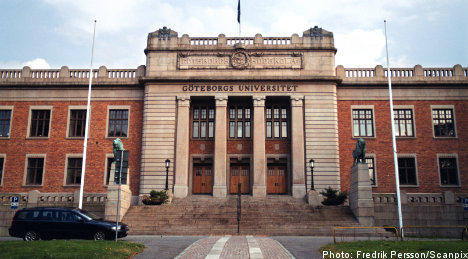 In a letter of referral sent to the Royal Institute of Technology, Gothenburg University and the Swedish University of Agricultural Sciences, the ombudsman has requested an explanation over why applicants for research positions were required to apply in English.

The ombudsman has responded to a report from The Language Defence Network (Nätverket Språkförsvaret) which campaigns to defend the use of the Swedish language in Sweden.

“I welcome JO’s decision to look into it. One should naturally be able to apply in Swedish for a job in Sweden,” Per-Åke Lindblom, the representative for the network who filed the complaint, told The Local on Tuesday.

In his complaint Lindblom refers to a previous ruling concerning applications for research funding in which JO stated that “it should always be possible to communicate with Swedish authorities in Swedish.”

Lindblom argued that the case represents a precedential judgement in accordance with a new language law adopted in July 2009.

The law stipulates that Swedish is the main language of communication in Sweden. While the law does not prevent the use of English and other foreign languages where suitable, the use of Swedish must be permitted.

“We are opposed to the routine fashion in which English is used, not the use of the language in itself,” Per-Åke Lindblom said.