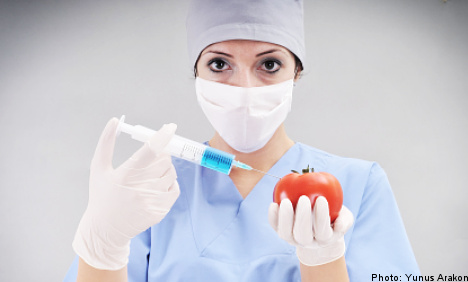 Researchers hope that in the future tomatoes could have a role to play in battling cancer. According to the study conducted at Lund University, and reported in the Sydsvenskan daily, tomato genes have been found to destroy cancer cells.

“Tomato genes seem to work like a suicide bomb,” said Jure Piskur, a professor at Lund University and one of the researchers behind the study.

A combination of tomato genes and AZT – the anti-retoviral drug used to combat HIV – makes the tomatoes explode and destroy cancer cells in tumours. The genes are injected into the cancer cells.

The tomato gene is active in the build up and repair of the gene pool. Together with the AZT medicine it can constitute an effective weapon.

The first registered gene therapy treatment of cancer began a few months ago in Finland. As it currently stands gene therapy can not cure cancer, simply hinder its development.