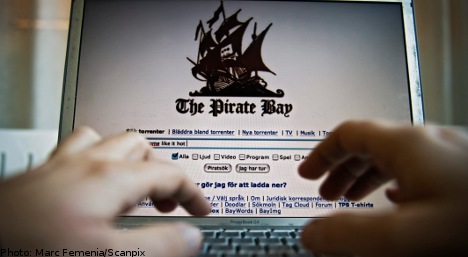 The introduction of the law, aimed at tackling file sharing by allowing access to subscriber information, coincided with the high profile convictions of the four backers of the Pirate Bay in April 2009.

The day after the law’s adoption on April 1st internet traffic declined by 30 percent, according to figures from Netnod, a company responsible for the operation of internet exchanges in five Swedish cities.

“The majority of all internet traffic is file sharing, which is why nothing other than the new IPRED law can explain this major drop in traffic,” Anti-Piracy Agency lawyer Henrik Pontén said at the time.

But new figures from Netnod indicate that the drop was only short lived and taken over a two year period the April dip is part of a longer term steady upward trend.

But the agency claims that the law continues to have a “dampening effect” on illegal file sharing.

“The degree to which this effect will be sustained may be impacted by, among other things, the decisions in the IPRED cases currently under the court’s review,” the agency wrote in a statement marking the first anniversary of the law on Thursday.

According to a Sifo survey published by broadcaster Viasat on Wednesday the number of illegal file sharers is increasing. In March 2009 26 percent of Swedes confirmed that they file shared, by September 2009 this has dropped to 11 percent, but in Wednesday’s poll the figure had climbed back up to 16 percent.

Illegal streaming has also become more popular with a recent report from internet company Cisco confirming the rise of the technology as it eliminates the need for users to download copyrighted files and run the risk of prosecution.

In framing the legislative proposal the justice department stated an expectation that 400-800 IPRED cases would reach the courts each year, but over the past year a mere five reports have been made to Sweden’s courts, only three of which remain outstanding.

One of the more high profile cases concerns five audio book publishers which was filed on April 1st 2009. On October 13th the appeals court denied the publisher’s request for subscriber information.

A further case in Södertörn district court in August resulted in TeliaSonera being instructed to divulge subscriber information; the firm has now appealed the ruling.

A fund that was set up to support those sued under the IPRED law has now been put on hold, as has a similar service by the Bureau of Piracy (Piratbyrån), a group set up in 2003 to discuss file sharing issues.

“The IPRED law has not got the breakthrough that people thought, regardless of which side of the debate you sit. As not much has happened then it is difficult to assess whether the law has been effective, or whether it has been a threat to personal integrity,” said Marcin de Kaminski, a founder of the Bureau of Piracy and researcher at Lund University, to the Svenska Dagbladet daily.

The Local spoke to Lars Gustafsson, chief executive of IFPI Sweden, in February after a police raid led to the seizure of so-called DC hubs and their operators at locations across Sweden.

“The police have had a shortage of resources for this type of crime but now it seems to be creeping up the list of priorities somewhat,” he said.