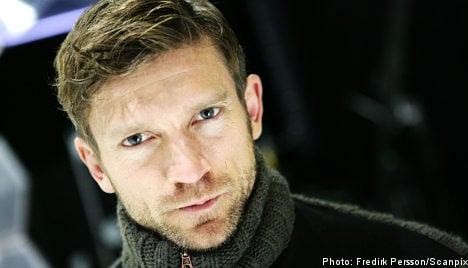 “I was registered at the last minute,” 36-year-old Blomqvist told the Aftonbladet daily.

Blomqvist, who was part of the Manchester United team that won the treble of Champions League, Premiership and FA Cup in 1999, signed on as a coach for the newly relegated Stockholm team at the end of last year.

The 36-year-old, who was plagued by injury in the later stages of his career, last played professionally for Stockholm rivals Djurgården, when they won Sweden’s Allsvenskan in 2005.

Blomqvist moved to Hammarby after their relegation from the Swedish top flight, and after two underwhelming years as head coach of Enköping SK, who will line up in Sweden’s division two in 2010.

He last featured as a player when Enköping suffered an injury crisis in 2008, playing in 10 games as the club was relegated from the Superettan (division two). The club was then relegated from division one north in the 2009 season.

But despite the rumours of a comeback being welcomed by Hammarby players and head coach Michael Borgqvist, Blomqvist is keen to play down his chances of dusting off his boots, and focus on Tuesday’s Superettan opener against Ängelholms FF.

“It is great to have so much support in the stands, no doubt about it. We had five thousand at our last friendly at Söderstadion,” he said.