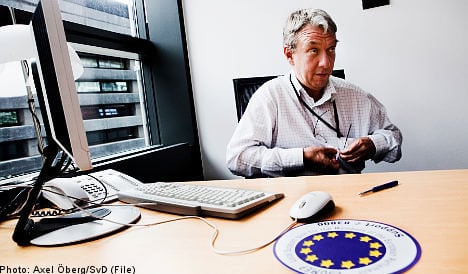 The party, currently holding its annual congress, has lost thousands of members over the course of just a few days, the Svenska Dagbladet daily reports. At its highest point, the party played host to 50,000 signed-up members.

“I’d guess we’ll lose even more over the coming week and will drop to somewhere around 25,000 to 30,000,” EU parliamentarian Christian Engström told the newspaper.

The party’s membership spike came in the weeks immediately following the verdict in the Pirate Bay case, announced by the district court in Stockholm a year ago. Four men connected with file sharing website were found guilty of being accessories to copyright infringement.

The fall-off in official adherents has no financial ramifications, however, as membership is free of charge.

A wave of public support propelled the party into the European Parliament last June as it rocked the political establishment by securing more than 7 percent of the vote.

A month later, a national opinion poll showed that the Pirate Party, which operates on a platform of integrity issues including the legalization of internet file sharing, had enough wind in its sails to secure a place in the Riksdag.

But support for the party has dropped dramatically, with opinion polls now classifying the pirates among a slew of other marginal parties, such as the Feminist Initiative, which together mustered just 1.6 percent of voter support in a Sifo poll published on Sunday.