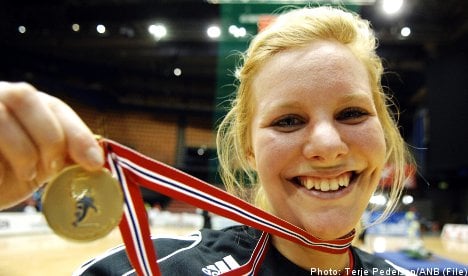 “I had an affair with Madde’s fiancé last year. We were intimate,” Uppstrøm Berg told the magazine.

The 21-year-old said she had felt compelled to speak out about the incident on hearing that Queen Silvia had announced the postponement of Princess Madeleine’s wedding.

Uppstrøm Berg, who is currently studying photography in England, claimed not to have known at the time that she was sharing a hotel room with Princess Madeleine’s husband-to-be.

“Had I known he had a girlfriend I never would have done anything,” she said.

“I feel sorry for Madeleine that her man is unfaithful and I can only say I’m pleased that Queen Silvia has now confirmed that the wedding has been postponed.”

Uppstrøm Berg said she met Bergström at a nightclub in Åre, where he was attending a friend’s stag night.

“We had an affair at the hotel. He accompanied me home in a taxi at around four in the morning,” she said.

Princess Madeleine, 27, and Jonas Bergström, 31, announced their engagement in August last year. The announcement that Madeleine was due to follow Victoria down the aisle took many royal watchers in Sweden by surprise, coming so soon after her big sister’s announcement.

Last week, Queen Silvia announced that her youngest daughter would not be tying the knot later this year as previously planned. News of the postponement came amid widespread Swedish media reports that the couple were going through a rough patch in their relationship.

Princess Madeleine and Jonas Bergström, who is a lawyer from the exclusive Stockholm suburb of Djursholm, have been together for eight years.

The Royal Court said on Wednesday that the pair remained an item, while refusing to comment on Uppstrøm Berg’s claims.