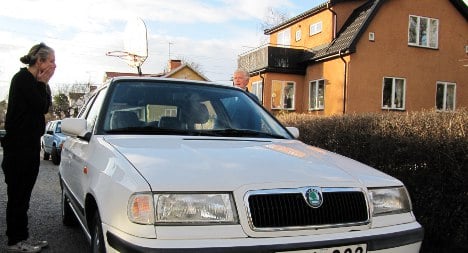 Keith and Kathryn snag a Skoda

Planes, Trains and Automobiles is the name of a 1987 John Hughes movie starring Steve Martin in the story of a family man struggling to get home for Thanksgiving. While the ongoing volcano ash chaos has not affected the holiday season, it has left many experiencing the goodwill of their neighbours, and left a travel tale or two.

Mark Blake, an Englishman living in Stockholm, found himself playing host to relatives for a little longer than planned as their flights to the UK last Thursday were cancelled.

“My step-dad and his daughter were caught up in the problems last Thursday,” Blake said.

But Keith and Kathryn, UK nationals resident in Jersey, decided to seek their own means of returning to their Channels Island home.

“After being cut off after 75 minutes in the SAS phone queue, they decided to head up to Arlanda airport to get some personal service. They got as far as the central station and caught a rumour that there was a coach leaving for Amsterdam, so they stuck around,” he said.

But while the prospect of a coach trip to the Netherlands proved something of a false dawn, the pair did meet up with a couple of Dutch ladies in the station, and together they hatched a plan to buy a car.

“But as none of them were Swedes they had to enlist the help of a local, a complete stranger to Keith and Kathryn, who then bought the car on their behalf.”

The ageing Skoda, bought for the sum of 4,800 kronor, proved up to the task of driving the unlikely quartet through the night to the Belgian port of Oostende where they jumped on the ferry, eventually arriving home 43 hours later.

“The battery caused a few problems, but Keith is a physics teacher and so he knows about electricity and they were able to nurse the car on through the night,” Blake said.

The trusty Skoda is now in Jersey, but as it is registered as a Swedish car will need to be repatriated next summer if it is to be sold.

“That is if the Swedish owner still wants to have anything to do with it,” Mark Blake said.

With telephone queues long, trains and coaches packed to the rafters, and the ash casting a blanket over the skies, the second hand rental market has been booming across Europe during the past week as Martijn Balzer, who works for the Dutch tourist board in Sweden, can testify.

“We were in the Netherlands doing a shoot for the TV4 show Äntligen Hemma [literally: Finally Home] when I got a text to say that our flights had been cancelled,” Balzer told The Local on Thursday.

Balzer and his colleagues decided to head for Amsterdam’s Schiphol Airport to see what the problem was and on arrival realized that this was no ordinary situation.

“There were huge queues. All flights were cancelled and night trains to Malmö, coaches, all options, were running out fast.”

It was at this point that a celebrity gardener on the TV4 show recalled that he had seen a car for sale on one of the tulip farms they had visited in the course of filming the show.

“He called the farmer and reached a deal with his friend who was selling the old Volvo 850 – within two hours registration and payment had been sorted and we were on our way,” Balzer said.

When asked about the journey, Martijn Balzer replied:

“It was fantastic, a bit surreal. When we boarded the ferry from Puttgarden to Denmark at 3am we were surrounded by hundreds of lightly-clad Pakistanis – they were heading for Oslo but had been dropped off in Austria and seemed a little lost and confused.”

Balzer and the TV4 film team took it in turns to drive through the night and made it back to Stockholm by lunchtime, in time for the evening kick off of his local football team’s opening match of the season.

But not all of The Local’s readers have had such a dramatic week with Hugh McCarthy left fairly unfazed by the whole affair despite being marooned in Ireland.

Hugh McCarthy lives in Stockholm, but was back in his native country for a short visit and had been due to fly back last Thursday, when the first problems began.

“I wasn’t really shocked by the news, to be honest. It is a force of nature and is out of my control so I just had to accept it and make the most of it,” McCarthy told The Local from Limerick on Thursday.

The enforced stopover has given McCarthy an extra week at home and the chance to spend some more time with his parents.

“I have been able to work all week from here, so it hasn’t affected that but a few of my friends from Sweden have not been able to join me for my stag which will now happen this weekend,” he said.

McCarthy has delegated his travel arrangements to an agent and is hoping to get back to Stockholm next week.

“It has been nice to escape Sweden for an extra week but I am hopefully flying back on a flight booked next Thursday, but we’ll just have to see.”

If your travel plans have been affected by the volcano chaos and have a story you would like to share with The Local, please mail us on [email protected] 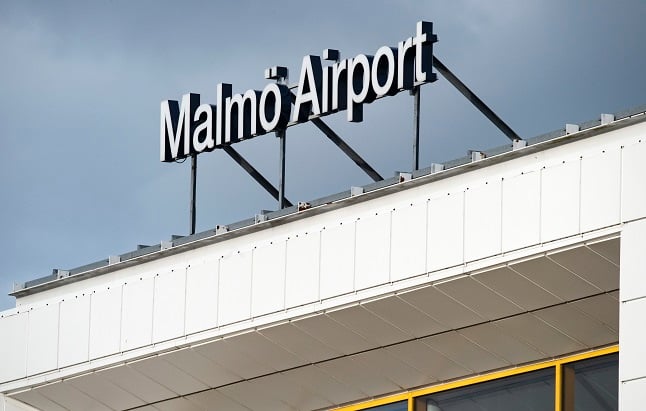