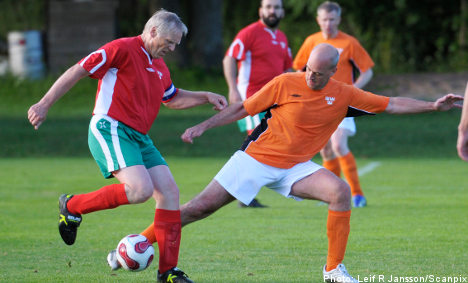 Among those inclined to back the centre-right bloc, 19 percent are open to a switch over to the left-green coalition. Just over half, 10 percent of those polled, could consider voting for the Social Democrats, while nine percent lean towards the Green Party, with two percent also open to perhaps backing the Left party.

The two largest left-green parties are thus almost equally attractive among centre-right doubters, despite the Green Party enjoying only a third of the backing of the Social Democrats nationally.

Among the left-green bloc 18 percent are willing to consider backing the Alliance coalition with the Moderates emerging as the clear darling of uncertain centre-left voters.

Nine percent of left-green supporters could entertain the possibility of plumping for Fredrik Reinfeldt’s Moderates, indicating that the party has managed to establish itself as a party in the centre of the political spectrum.

Among centre-right sympathizers, women are the most susceptible to changing sides, while among the centre-left the nomadic tendency is more likely to be found among those aged between 30 and 49-years-old.

With so many voters undecided, the report has been taken to mean that the general election campaign will go down to the wire with an unusually mobile electorate waiting until August or September to make up their minds.

The Sifo study, which was commissioned by the Svenska Dagbladet newspaper, interviewed 860 people between March 22nd and 29th, before the Bypass Stockholm project becoming an election issue. Respondents were asked which party they would vote for if an election were held today, and which other parties they could imagine supporting.