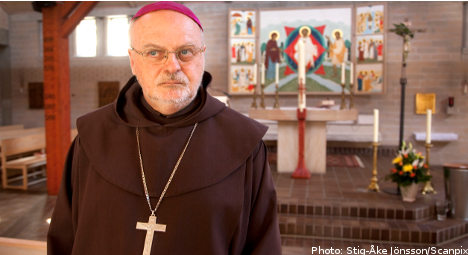 On Sunday the Dagens Nyheter (DN) daily published an interview with one of the alleged victims, who claims the Church kept quiet on her case for the past two decades despite repeated attempts to obtain justice.

“As a bishop I take full responsibility for that and am prepared to face the consequences,” Anders Arborelius, the bishop of Stockholm, Sweden’s only Catholic diocese, said in a statement.

He called for “a thorough investigation of this tragic case.”

The woman, now in her 60s, told DN she contacted the previous Stockholm bishop, Hubertus Brandenburg, in 1990 to report claims of abuse she and her sister suffered in the late 1950s and 1960s.

“The answer I got was in essence ‘We’ll do our own investigation within the Church, and it’s not something we will talk about’,” the woman, who was not identified, told DN.

DN reported that the woman later contacted a Catholic newspaper, which did not take her allegations seriously.

Brandenburg died in 2009, according to the Stockholm diocese.

In 2003, the woman says she met with his successor Anders Arborelius to confront him about the abuse, allegedly committed by a priest who she claims had a sexual relationship with her mother.

When no action was taken, she emailed the Church detailing the allegations, to which she got a reply referring her to a therapist.

She then contacted a high-ranking official in Sweden’s Catholic Church to no avail, DN said.

It was only this month, after the Swedish Catholic Church admitted that it had received reports of two other cases of clerical abuse, that the woman’s allegations were finally heard out.

She was granted a meeting last week with Bishop Arborelius, who has ordered an investigation.

The woman told DN the bishop was understanding and meant well.

“But I didn’t get an answer as to why they only started talking about this now,” she said.

The Stockholm Diocese said in Sunday’s statement it would not comment further on the case, since the Church was now investigating the matter.

But Arborelius, who was on his way to Rome, later told Sveriges Radio (SR) the case had been “incorrectly handled from our side.”

“If it is due to me that it was not investigated, I am ready to face the consequences and ask the pope to relieve me from my work as a bishop,” he told the public broadcaster.

The diocese said the priest accused in the allegations was still alive but no longer lived in Sweden, and that he had not been employed in the Swedish Catholic Church since the mid-1990s. 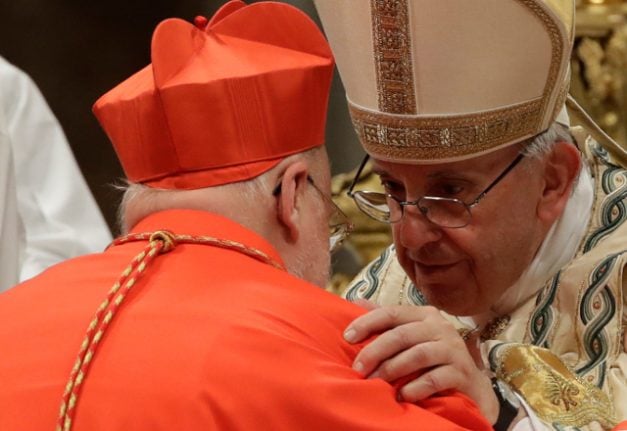 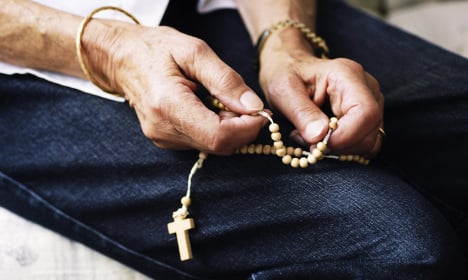 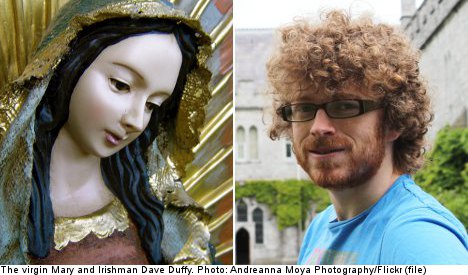 When I put my shoes on, step outside, and take a breakfast walk through Malmö, I’m still surprised by what I don’t see.

There’s not a single statue of the Virgin Mary; there are no nuns pottering about the streets doing whatever it is that nuns actually do, and the flocks of elderly women regularly migrating to early morning mass are nowhere to be found.

Sweden might not have the same veneration that Ireland has for that one woman (Mary), but what it does have is something far better: veneration for all women.

When I first came here, I had no idea how progressive gender equality was in Sweden.

I find it amazing how often Swedish women and men shun traditionally assigned gender roles. It’s something the people here unknowingly take for granted, and it’s something that my Irish eyes can only look at on with envy.

The first time a Swedish friend of mine told me that he was a kindergarten teacher, I started to laugh because I thought he was joking. He got a little annoyed at me because he thought I was laughing at his English, but after I explained things to him, he started to laugh at me and my “silly Irish way of thinking”.

I can’t help but wonder if the financial mess in Ireland would have been as big as it was or even happened at all, if a few more of the politicians and bank-managers had been women.

Just a little over 15 percent of Ireland’s parliamentarians are women, compared to 45 percent in Sweden.

There’s one right in particular that Swedish women have that Irish people are crying out for: the right to choose.

News broke recently about a young woman in Ireland who died after she was found to be suffering from a miscarriage but was refused permission to have her pregnancy brought to an end, with doctors telling her: “This is a Catholic country”.

I was shocked and appalled by this needless tragedy, and I found myself thinking, that this would never have happened in Sweden.

I can’t imagine a doctor here refusing treatment to someone and saying they did it because Sweden is a Lutheran country.

Ireland, despite many recent developments, is still a place that’s deeply steeped in religion, tradition, and fear. It’s why I feel so lucky and find it so wonderful to now be living in a secular country like Sweden.

I love calling over to my Swedish friends’ homes, taking off my shoes and walking into their hallways without being greeted by crucifixes on the walls or Sacred Heart pictures hanging in the living rooms.

I love being in a place where children don’t have to start their days with prayers or be baptized just so they can be accepted into certain schools.

I love the fact that same-sex couples enjoy the exact same rights as couples of the opposite sex and that women here have had the right to choose since 1938.

I love being in a country where it’s just as common for men and women to work as kindergarten teachers, and where equality is a precept that people live by and not just a buzzword bandied about by politicians.

Sweden for me has been full of surprises and not all of them have been good (surströmming and salmiak come to mind).

But having been here for a while, I can clearly see that the pros of living in this country far outweigh the cons, and when it comes to choosing a secular, progressive, and fair place to raise a family, Sweden is almost unparalleled, and Ireland could learn a hell of lot if it took a few pages out of the Swedish book of life.

David Duff is an Irishman studying at university in southern Sweden. His free time is split between doing stand-up comedy and adapting to the Swedish way of life. 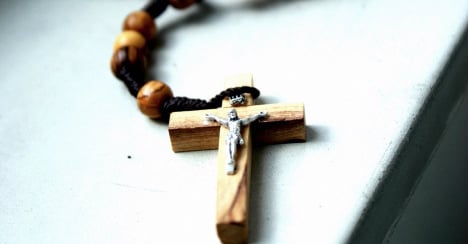 ABORTION
‘Ireland could learn a hell of a lot from Sweden’
Url copied to clipboard!