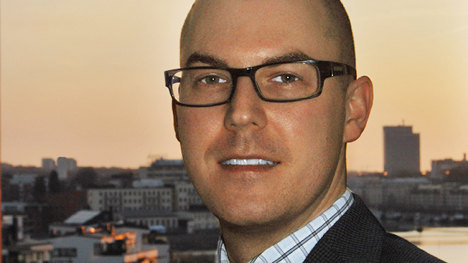 Juan, who was born in Munich and raised in Virginia, says royalty has long been an interest for him:

“I think like anyone who grew up in a republic, it’s fascinating to look at other countries that have a monarchy. I see it as a pillar of society that stabilises the nation in changing times.”

Having moved to Sweden in 1997 as part of his studies in political science, Juan started working as a journalist at Sveriges Radio in 2001. There he interviewed a number of members of the royal family and covered royal events, before starting to work in the press and information department at the royal palace in 2007. He now runs his own public relations firm.

The marriage of Crown Princess Victoria to Daniel Westling will be the biggest royal event since King Carl Gustaf and Queen Silvia married in the 1970s.

”It’s wonderful to see two people in love start a new life together. But this is not just a wedding between a couple, it’s a new phase in the country’s history. I also think it’s going to be a great party for Stockholm and Sweden, and will put them in focus internationally.”

“I was in Oslo for the Norwegian Crown Prince’s Wedding, and the atmosphere in the city was just amazing. I think that the 19th of June in Stockholm will be the pinnacle of a love story that’s been in the minds of the Swedish people for many years.  It is also the beginning of a new chapter in Swedish history.“

Some commentators have questioned Victoria’s choice of a man of the people – Daniel is a gym owner and middle-class Swede from the town of Ockelbo. Such a match would have been unthinkable until the current king ascended the throne – before then, the norm was that Swedish royals married members of foreign royal families.

“These are modern times we’re living in. If you look around Europe, most royals have chosen spouses from non-traditional backgrounds. If you look at Norway and Denmark, you have two crown princes who have married for love – and that should be the only requirement. The King’s motto is ”För Sverige i Tiden,” or “For Sweden with the Times”, and I think the family lives by that motto.

But what about Victoria herself – what kind of queen will she be?

“Sweden is extremely lucky to have a person like Crown Princess Victoria. She’s completely devoted ad understands what her role will be as Queen of Sweden. She takes her role very seriously. It’s a heavy burden, but it’s what she’s been preparing for all her life.”

What will Daniel’s role be after the couple are married?

“He will be a royal consort, like Prince Henrik in Denmark or Prince Philip in Britain. His role will be to support the Crown Princess in her work. He has already said that he would like to use his position to encourage people to get active and exercise, and I think he would be a good role model for that.”

Over the next few weeks, Juan will be following Daniel Westling’s unique conversion to Prince Daniel, Duke of Västergötland on his blog and in a series of articles on The Local. 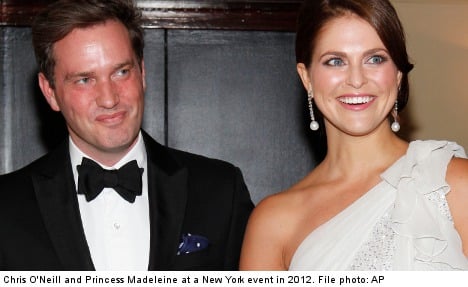