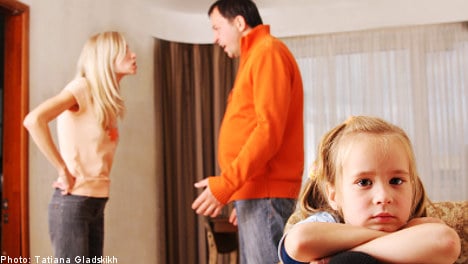 The doctoral thesis, entitled “Grown-up children of divorce: Experiences and health” by Teresia Ängarne-Lindberg at Linköping University, examines the mental health in a group of young adults (aged 22-33-years-old) whose parents had divorced 15-20 years previously, during the same year in the 1980s.

“Although the results show evidence of good mental health among children 15-20 years after the divorce, it is important to note that no child wants their parents to divorce. But if parents do not have a positive relationship then, according to many of those interviewed, divorce might be the best solution,” said Theresa Ängarne-Lindberg.

Despite that fact that these children have gone through the often traumatic experience of a divorce and experienced more childhood turbulence than their peers, the study finds no significant difference between the general mental health of the two groups when they reach their twenties.

The only group of children of divorced parents that fared worse than the group whose parents were still living together were women aged 22-27.

The study is based on interviews and questionnaires and asked participants to detail their experiences of the divorce, mental health, life experiences outside of the divorce as well as personal resources, defined as sense of coherence (SOC).

The data has been complemented with psychiatric journals and health registers and compared to a control group of adult children of parents who remained together.

“The examination of psychiatric records showed no significant differences between the number of persons in need of adult psychiatric care in the divorce and the non-divorce group,” Ängarne-Lindberg writes in her study.

The researcher forwards the theory that the higher incidence of contact between children of divorced parents and psychiatric services in the immediate aftermath of a divorce could be an influential factor on the apparent lack of consequences for their mental health later in life.

Other factors used to explain the situation are the children’s relatively strong personal resources (SOC) and their parents’ handling of their divorce.

Theresia Ängarne-Lindberg writes in her study that 20,000 marriages end in Sweden each year. Taking common law marriage relationships into account, some 48,000 children experienced a divorce or separation in 2007.

Divorce in Swedish society is a generally accepted phenomenon and there is no requirement for either party to establish fault or just cause for a legal separation. Couples living together enjoy most of the same rights as formally married couples.

According to the latest UN statistics (for 2006) around 45 percent of Swedish marriages end in divorce, placing Sweden near the head of world rankings, whereas the divorce rate as measured by the number of divorces per 1,000 of the population is only 2.2, modest by international standards.

PARTNER CONTENT
Living abroad: how can you assess your mental health?
Url copied to clipboard!