The programme interviewed 45 public officials who had worked with wild animal issues in their respective county for more than a year. Half of this number reported having been on the receiving end of death threats and other harassment.

Per Johansson, who works within Dalarna county in central Sweden, claimed that his life had been threatened on at least two occasions.

Johansson also reported that on one occasion the tyres on his car had been slashed while the vehicle was parked at his home.

“Eight metres from the kitchen window,” he told Kaliber.

Mats Hallin,a nature preservation official at the County Administrative Board of Dalarna, told of his concern over the way people show their dissatisfaction with how the issue is managed.

“One usually works alone so it makes for an unsafe workplace or working situation,” said Hallin.

Sveriges Television (SVT) is also set to claim in a documentary scheduled for broadcast on Sunday that a group of hunters works systematically to try to exterminate the Swedish wolf population. SVT claims that the group deploys poisoned meat, traps and high-calibre rifles.

“The vermin should be got rid of, plain and simple,” said one of the hunters, according to SVT.

Torbjörn Lövbom at the Swedish Hunters’ Association (Svenska Jägareförbundet), has condemned both the threats and illegal hunting. He argues that the reports are a sign of the “increased polarisation of the wild animal issue which has become more prominent after the wolf hunt,” referring to a recent decision to permit the limited culling of wolves.

“It has resulted in some people in the periphery (of the hunting community) who wish to appear decisive and have taken matters into their own hands quite simply, but I think it is a very, very small group.”

Lövbom and the others at the association say that they do not know of any group engaged in the illegal hunting of wolves.

He notes that both public officials and hunters have received threats.

“I myself have received threatening letters in connection with the wolf hunt, which were even handwritten,” he said.

Torbjörn Lövbom argues that the debate has at times become exaggerated, with talk of the mass slaughter of wolves, or that the culling had been conducted improperly. He called on all those engaged in the debate to act responsibly and moderate their tone.

A hunter prepares to go out on the first day of the bear-hunting season in Sweden. Photo: Adam Ihse / TT

Jämtland is doubling the amount of bears that are allowed to be killed in the region this year to 200.

The decision comes after the regional bear population has grown to 1,044 at the last count. Jämtland is hoping that the expanded license will reduce the number of bears to around 650.

“We have assessed that the heavy expansion of licensed hunting is necessary, partly to reduce the bear population to the regional target within five years,” said Emma Andersson, who is in charge of managing game and hunting for the region.

Sweden allows some licensed hunting of bears, partly because of their interference with reindeer herding, one of the main economic sectors in northern Sweden for Indigenous Sámi people.

There are around 1,000 reindeer herding companies in Sweden, and an estimated 2,500 people are dependent on incomes from reindeer herding, according to the website of the Sámi parliament.

The presence of predators in northern Sweden has become a complicated political issue as they pose a great threat to the sustainable farming practices of the Sámi. The Sámi parliament estimates that one quarter of reindeer are killed by predators each year, significantly higher than the ten percent limit set by parliament.

At the same time, the hunting of bears and other predators like wolves must be strictly overseen by the region due to their protected status.

The increased allowance for hunting bears in Jämtland is directed specifically towards areas where there is a clear link that it could harm the reindeer herding industry, according to the regional board.

Similar decisions have been taken in Västerbotten, where 85 bears can be killed this year compared to 25 in the previous year, and in Västernorrland where they are allowing 75, almost doubling the previous year’s figure.

While no decision has been taken yet in Norrbotten, the hunting association is demanding similar measures, as 20 bears were shot last year during the hunt and another 60 through emergency measures to protect reindeer.

The licensed hunting period takes place between August 21st and October 15th in Norrbotten every year, with some exceptions.

A count by the Swedish Environmental Protection Agency found that there were around 2,900 bears in total in Sweden as of 2017. 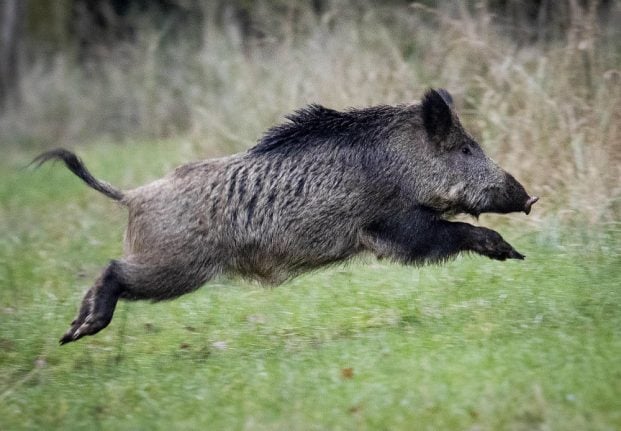 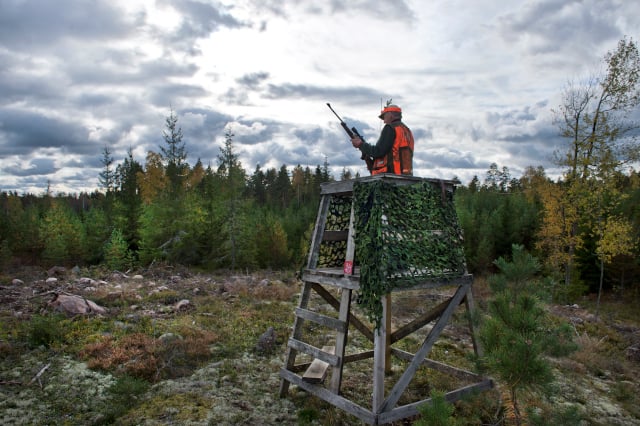 HUNTING
Six things you need to know about hunting in Sweden
Url copied to clipboard!