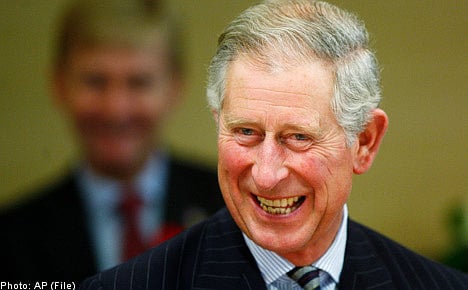 The guest list, published in Expressen, can be interpreted as an indication of who will attend the wedding banquet. In addition to the royal family’s friends, virtually all of the Scandinavian royal houses, representatives from most of the other European monarchies and princes and princesses from Jordan, Thailand and Japan are on the list.

They will mingle with the likes of business mogul and H&M billionaire Stefan Persson, obesity paediatrician Dr. Claude Marcus, Helena Benaouda, chairwoman of the Muslim Council of Sweden, and Roxette musician Per Gessle. In addition, all members of Sweden’s parliament, the Riksdag, will receive invitations.

“However, who will actually come, that remains to be seen,” said Lars Starell, the Riksdag’s international registry section manager.

The celebration, which takes place on June 18th, the day before Princess Victoria and Daniel’s wedding, will begin with a dinner hosted by the government at Eric Ericson Hall and culminate in a gala performance at the Concert Hall, which the Riksdag will host.