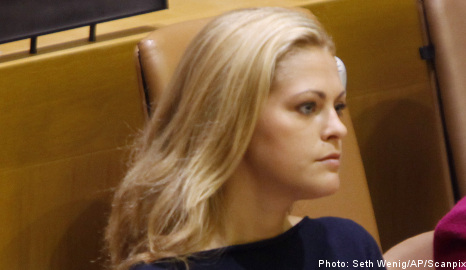 The Royal Court confirmed to the Aftonbladet daily that the break up from Bergström is the reason why Madeleine cancelled her attendance at Sweden Week in Seattle at the weekend, having to be replaced by her sister Crown Princess Victoria.

“She needs personal time and peace and quiet. Madeleine is not feeling too good,” Nina Eldh at the Royal Court told the newspaper.

The court confirmed that the princess has cancelled all engagements up to May 30th, the date for the publication of the marriage banns for Victoria and Daniel Westling.

Madeleine travelled to the USA at the end of April to fulfil a series of engagements and to escape the media glare after revelations over Bergström’s alleged dalliance with a Norwegian handball player.

Calls from the palace to leave the Princess in peace as she adjusts to life without her erstwhile fiancé fell on deaf ears however as Scandinavian news teams were joined at Newark Airport by international paparazzi photographers.

But the Princess succeeded in leaving the airport undetected by reporters and photographers after the well-documented turbulence in her relationship with Jonas Bergström culminated in the April 24th announcement that the couple had chosen to go their separate ways.

Princess Madeleine’s engagement book was scheduled to keep her in the United States until May 9th, with a lengthy spell at the World Childhood Foundation, an organization founded by her mother Queen Silvia ending with the trip to Seattle. 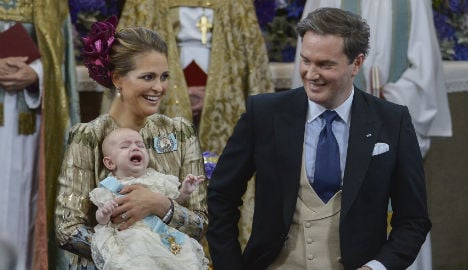 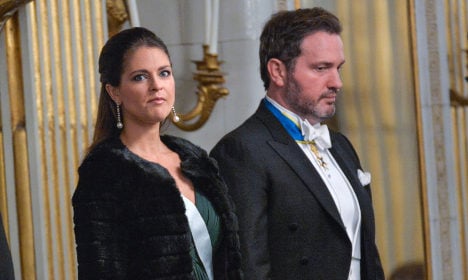 The Swedish royal, who lives in London with her husband Chris O'Neill and two children Princess Leonore and Prince Nicolas, tends to keep a low profile in Swedish and international media, often choosing to instead share personal photos on her Facebook page.

On Thursday she made many Swedes regretfully look at the snow-covered ground and outside temperature (-6C in Stockholm, -27C in northern Kiruna) when she published pictures of herself and her two children enjoying a beach holiday in the Maldives.

But the princess' photographs appeared to be part of a bigger message of her deciding to take matters into her own hands, after several Swedish newspapers and magazines published paparazzi pictures taken of the family walking in the 30C sunshine.

“Family time, sadly interrupted. What a pity we weren't just asked for photos, because here are some sweet ones,” she pointedly wrote in the Facebook post.

Family time, sadly interrupted. What a pity we weren't just asked for photos, because here are some sweet ones.

Posted by Princess Madeleine of Sweden on Wednesday, 20 January 2016

The luxurious Soneva Fushi resort where they are staying is owned by Swedish woman Eva Malmström Shivdasani and her husband, and according to the Expressen tabloid the Swedish royals are staying in its biggest villa which costs 68,399 kronor ($7,974) a night.

It was not clear how the princess managed to get on to social media, however. The hotel operates a so-called “no news, no shoes” policy, where guests are encouraged to put their shoes and gadgets away for the holiday.

“Live life free of emails. Sense the connection to nature, and just be,” urges the website.

This may be harder than it sounds for the tech-addicted Swedes, even if they happen to be royalty. But if Madeleine should suffer withdrawal, she could always kill time watching movies in the resort's under-the-stars cinema or having dinner in its tree-top restaurant.

Madeleine, 33, who relocated with her financier husband O'Neill, 41, to London last year, has previously been criticized for not engaging with the media in the past and one radio editor made headlines in February when he wrote that “waving and smiling is not enough”.

IN PICTURES: Princess Leonore through the years

But the couple received a popularity boost earlier in December after they appeared together on 'Skavlan' – Sweden's most-watched talkshow – where they talked about their life in the UK.

2.5 million viewers watched the show, in a country just shy of 10 million citizens. 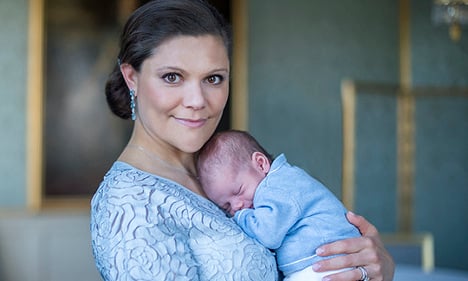