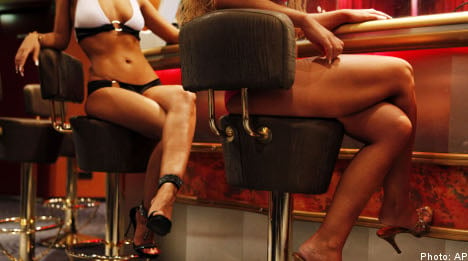 The controversial parliamentarian said she hoped her vocal stance would spark debate. Best known for her opposition to a high profile surveillance law, Lindberg said Swedish laws permitting the sale of sex but forbidding its purchase had failed to protect prostitutes.

“Prostitution has existed for thousands of years. How can we help people living with this? They too are part of our society. People should be secure in society and feel that they belong,” she told the newspaper.

“What one really wants to get at is trafficking, which is a completely different thing to prostitution. The two are often mixed up. One shouldn’t confuse trafficking with a 40-year-old woman who has chosen to sell her body, or a 40-year-old man who has made that choice,” she told Borlänge Tidning.

Lindberg said she could conceive of prostitutes plying their trade in legal brothels, while stressing that the fight against sex trafficking remained vitally important.