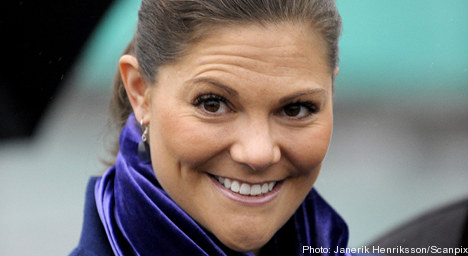 In time-honoured Swedish tradition, Victoria’s friends ‘kidnapped’ her from her home at Drottningholm Palace near Stockholm on Thursday evening ahead of a fun filled hen (bachelorette) party in the Stockholm Archipelago.

According to Expressen, Victoria was ambushed during a dinner to celebrate the 31st birthday of her brother, Prince Carl Philip. The plot had reportedly been hatched by close friend Caroline Kreuger.

Swedish stag (bachelor) and hen parties are by tradition kept secret from the bride and groom.

In Victoria’s case, her friends had kept other members of the Royal Family informed, and birthday boy Carl Philip was reported by Expressen to be in on the act. Indeed, the hen party was even reported to have been smuggled into the palace with the help of one of the royal bodyguards.

The friends, all wearing masks, whisked her away to a waiting boat to take her Stockholm Archipelago, where they were expected to party for two days, according to Expressen. Princess Madeleine, newly returned from the United States, is expected to be among those participating.

Victoria’s fiancé Daniel Westling had his stag party last weekend. He was reported to have been treated to a champagne breakfast and a trip to a recording studio, where he recorded songs including the Carola hit ‘Främling’.