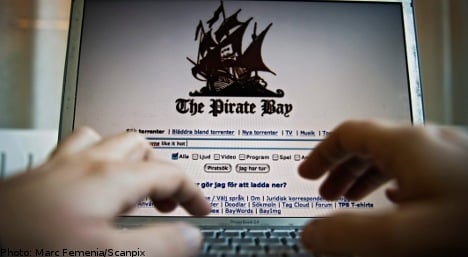 The court decision came after pressure from Hollywood, Torrentfreak.com writes, explaining that Cyberbunker had been threatened with huge fines if they did not comply.

The company’s lawyers will now examine the decision and in the meantime have elected to sever bandwidth to The Pirate Bay.

Visitors to the site on Tuesday morning were greeted with an error page informing them that the server is down. Torrentfreak.com claimed to have spoken to The Pirate Bay team who stated that they were working on a solution to the problem and did not intend to await a decision from Cyberbunker.

By 11am the site was back in service with the error page replaced with a “lolcat” greeting which pokes fun at “futile attempts ats contrllings ours internets (sic)”.

Since its servers were seized in 2006 The Pirate Bay has been periodically obliged to find alternative solutions for its web hosting as the entertainment industry continues to demonstrate its commitment to curbing illegal file sharing through the courts.

The Local reported in October 2009 that The Pirate Bay was forced to bounce around European bandwidth providers in order to find a new home.

Each time the website has been closed it has reopened, typically within a few hours or days, and Tuesday’s closure has proved no exception.

Furthermore, last Wednesday the Supreme Court (Högsta Domstolen) dismissed bias allegations lodged against two of the judges set to preside over the appeals phase of The Pirate Bay trial.

Financier Carl Lundström had asked the court to rule on whether appeals court chief judge Kristina Boutz and appeals court judge Ulrika Ihrfelt were unfit to rule on the case due to conflicts of interest pertaining to their memberships of organizations which support copyright holders.

But the Supreme Court upheld an appeals court ruling that the pair’s membership in the organizations did not constitute bias.

Lundström, along with Gottfrid Svartholm Warg, Fredrik Neij and Peter Sunde, was convicted by Stockholm District Court of being an accessory to copyright violations in April 2009. Their appeals court hearing is due to open in September.