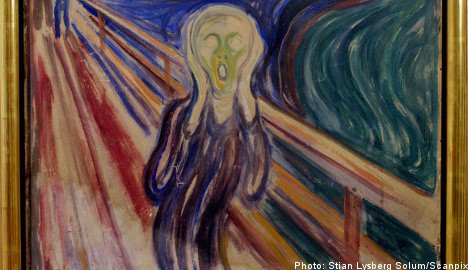 It is previously known that highly creative abilities are somewhat more common in people who have familial history of mental illness and thus carry a greater risk of both schizophrenia and bipolar disorder. Researchers at Stockholm’s Karolinska Institute have now sought to explain this link by studying receptors in the thalamic region of the brain.

“We have studied the brain and a certain type of receptor, known as dopamine D2 receptors, and we have shown that the dopamine system in healthy highly creative people is similar to that found in schizophrenics,” Dr.Fredrik Ullén, who led the study at the Department of Women’s and Children’s Health at the institute, told The Local on Tuesday.

The study, penned by Ullén and Örjan de Manzano, and entitled Thinking Outside a Less Intact Box, indicates that certain characteristics, such as being able to make bizarre and unusual associations are common to both schizophrenics and healthy highly creative people.

“Our study indicates that certain characteristics of psychological illness can benefit those who are otherwise psychological healthy,” Ullén explained.

“You could say that this study proves that genius does in fact border on insanity, but people diagnosed with psychological illness can not be highly creative, this is important to underline,” he said.

While Fredrik Ullén explains that while the exact nature of the mechanisms in the brain which impact on this link are as yet unknown, the brain’s dopamine system could provide a feasible explanation.

“A lower reading, common to both highly creative people and schizophrenics, may afford a greater richness of thought, less filtering of information and thus the ability to make more associations, in more ways. Thinking outside the box might be facilitated by having a somewhat less intact box.”

The study identified “highly creative people” with the help of psychological testing which among other things assessed ability to apply multiple uses to objects and find a greater number of solutions to a problem.