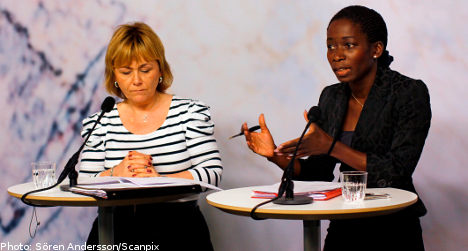 “Many times these types of marriages are entered into abroad and often affect girls and boys, young women and young men, who often live in a reality of honour-related violence and oppression,” integration and equality minister Nyamko Sabuni and justice minster Beatrice Ask said in a joint statement on Thursday.

The ministers said the investigation, which will be led by the former chancellor of justice, Göran Lambertz, will seek to gather more information on forced marriages and marriages involving minors, with the aim of “suggesting measures to bring about a strong protection against such marriages.”

“We know that for some young people the summer holidays are a cause of concern. We know that every summer a number of young people are forced to travel to their parent’s home countries for marriages against their will,” the statement read.

On May 1st 2004, Sweden changed its marriage laws to make marriage under the age of 18 illegal, even if the marriage was entered into abroad. The government wants to see if further restrictions are required and enforceable such as against so-called proxy marriages to try to ensure that marriages are entered into voluntarily by all parties.