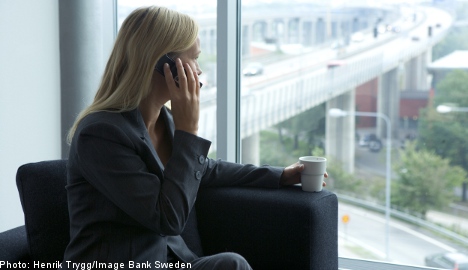 “We can with certainty say that this minor moment in history occurred at some point in the spring, probably at the end of March.”

Computer Sweden assumes in its calculations that the trend established in the first half of 2009 has continued. Mobile use during that period increased by 9.1 percent, while fixed line use decreased by 14.3 percent. If the trend continued at the same pace, mobile use would have caught up with fixed line use on 23rd March 2010.

The magazine says the rate of increase in mobile use and the rate of decrease in fixed line use has been relatively stable for several years, meaning that its calculations should be relatively reliable.

Official statistics will be released by the Swedish communications regulator PTS towards the end of the year.